Today's ride was fun. The first 25 km had no scenery. It was fast. Downhill. 25 -30 km/h splits. The first 25 km was done in a couple of hours. Leaving us with the last 10 km cruising through Bilbao.

Spanish drivers are patient. We were on State Road today. Not once were we pressured or pushed. This has been the case from day one. The cities have great cycleways. Between cities and towns, you are on stretches of road. The drivers are cautious. Patient. Courteous. Kind.

Coffee somewhere. Just for a break. Then the last 8 km. 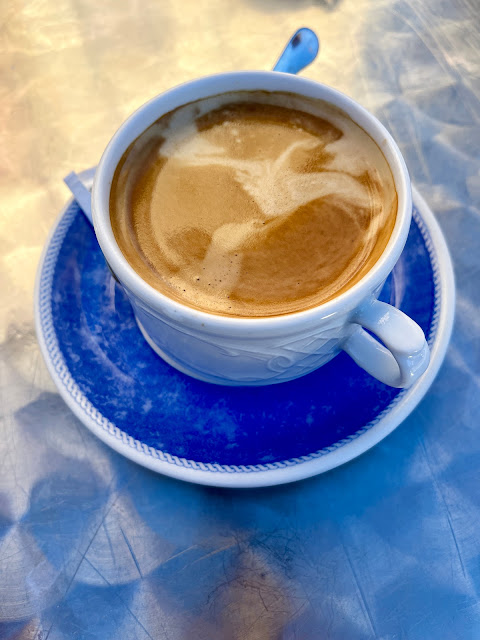 Two years ago when we planned this tour Bilbao was a goal. Guggenheim Museum. Shell had this on the list. No other Spanish towns. Barcelona got a start. It is where our bikes were built. Logoroño to meet Linus. Bilbao stood alone. 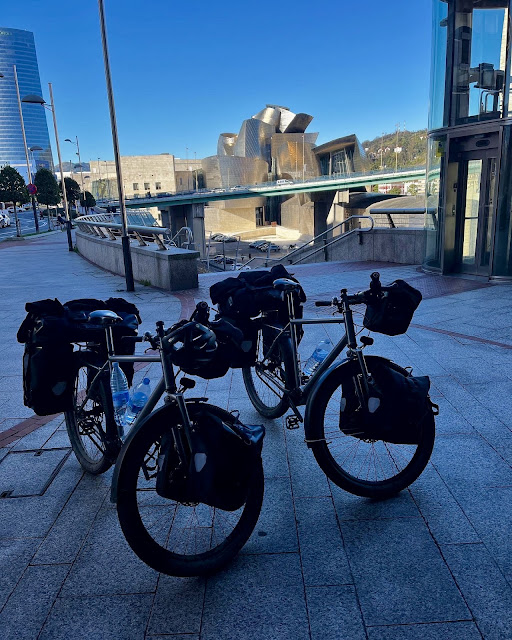 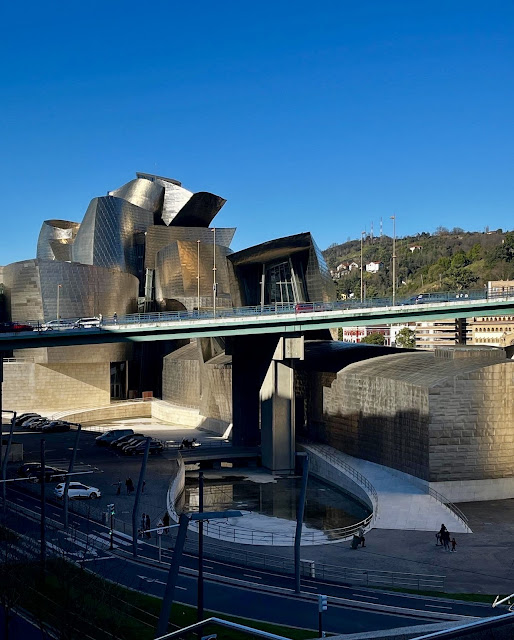 Even without Guggenheim, it is stunning. We rode in just after 12.00 pm. Everywhere you look is brilliant architecture. Bilbao was an industrial city built on the Nervión River. Flows into the Cantabrian Sea. The river is the heart of the place. Melbourne and the Yarra.

“To get such beauty from something that has been produced from the artist's own imagination appealed to me enormously” - Solomon R. Guggenheim

The Old Town maintains the historical feel. Full of bars. Streets are narrow. Quarters cramped. It is beautiful. As are the cathedrals. The city is a chameleon. From what I have read, the last 25 years, including the opening of Guggenheim in 1997, the place has become a cultural hub. Winning awards for urbanisation. Old meets new. With class. 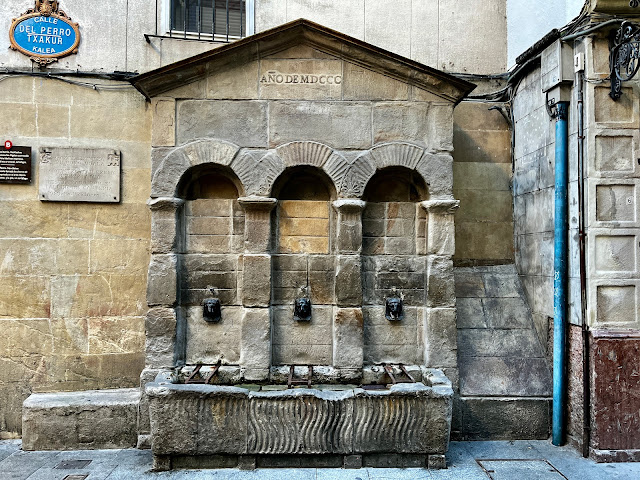 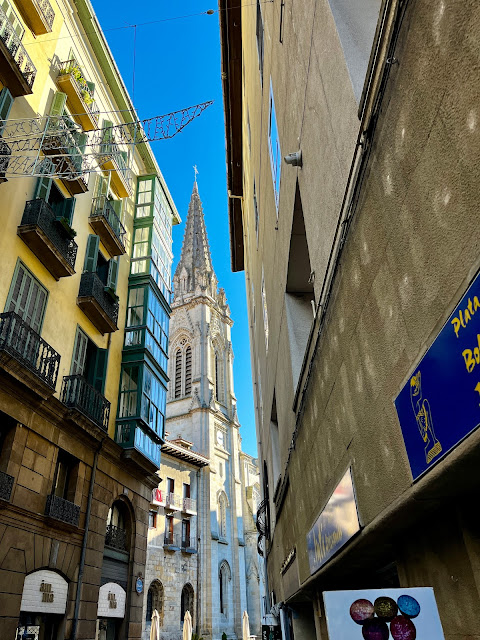 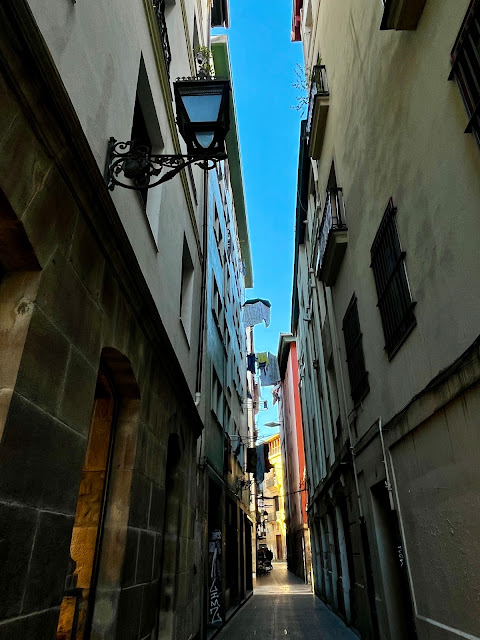 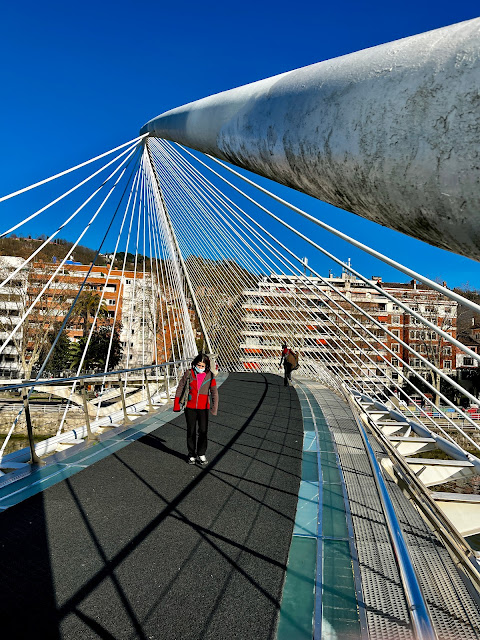 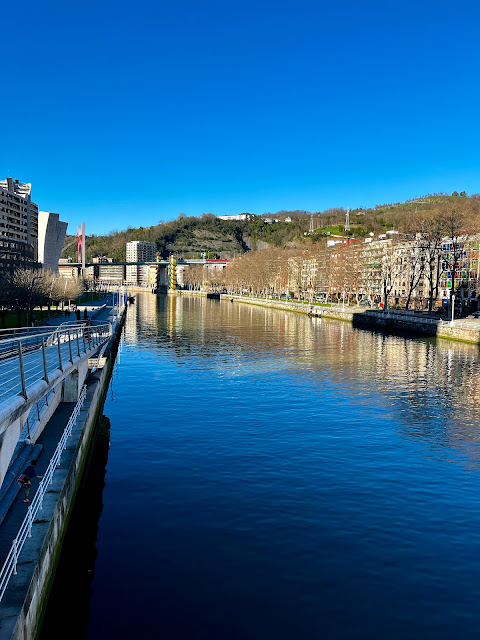 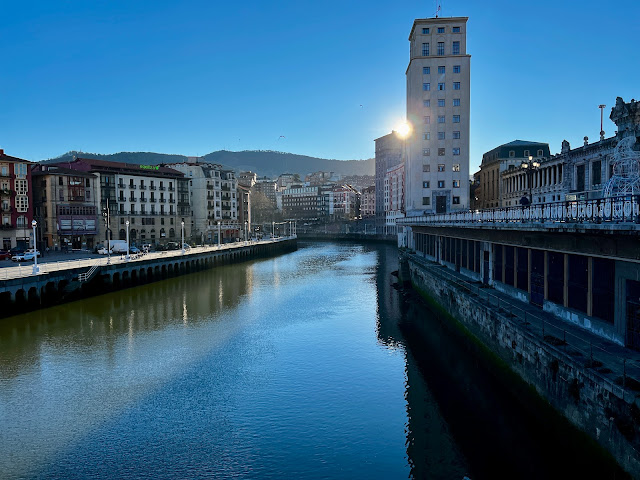 “I would sooner be a foreigner in Spain than in most countries. How easy it is to make friends in Spain!” ― George Orwell

We walked for hours. Stopping here and there for a glass of wine. Grabbed some fruit. Cheese. Chorizo. Dinner sorted.

Dropped the bikes off at Bilbo Bikes for a service. No issues. Just a few squeaks and ticks that needed looking at. Headed to El Richón del Vino to get some wine for tonight and tomorrow evening. Ended up leaving the bikes. Pick them up tomorrow. 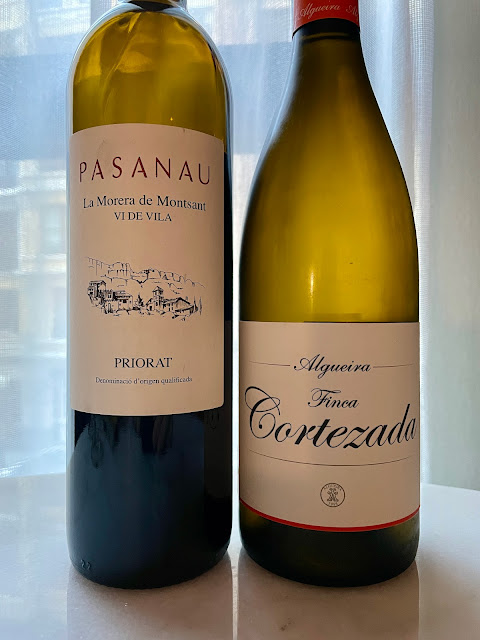 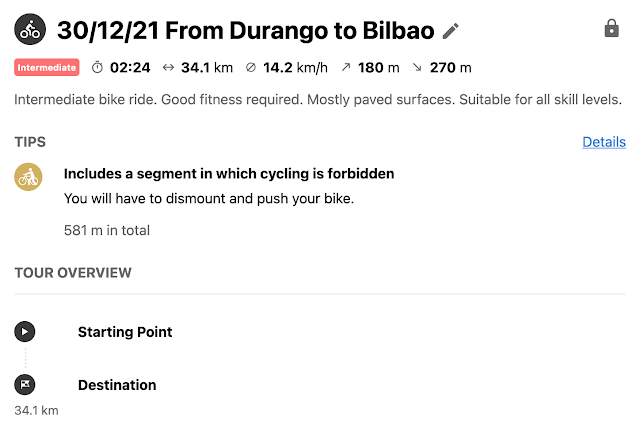 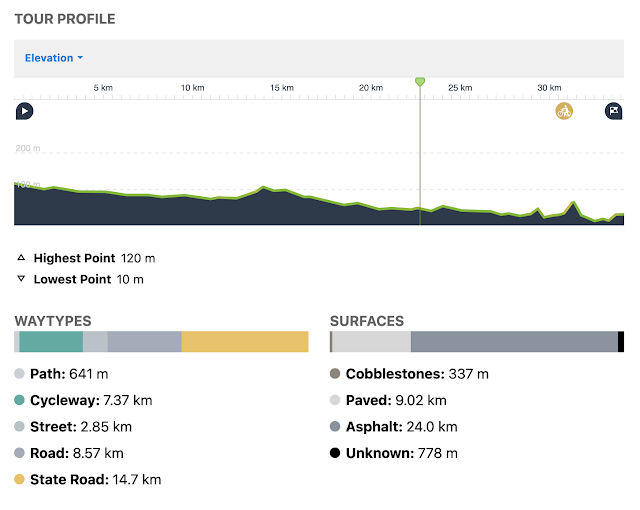