We took a walk through the old town after dinner last night. Stunning. 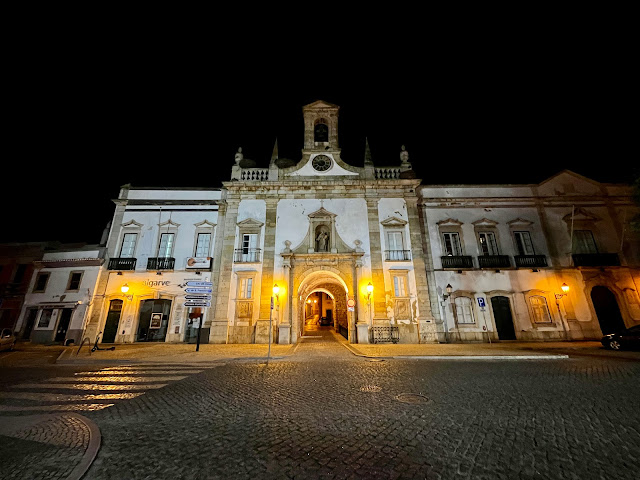 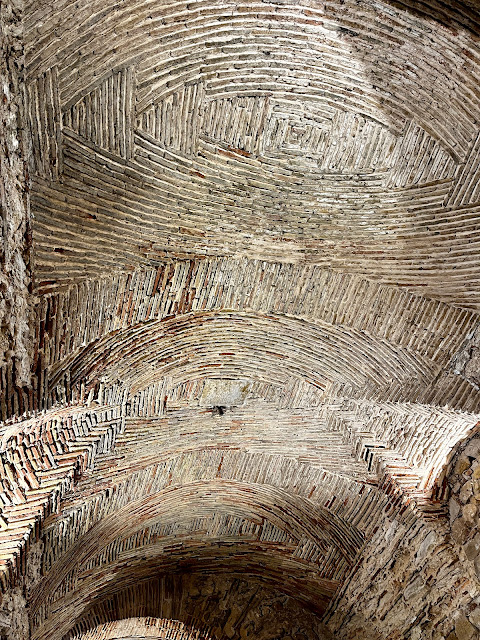 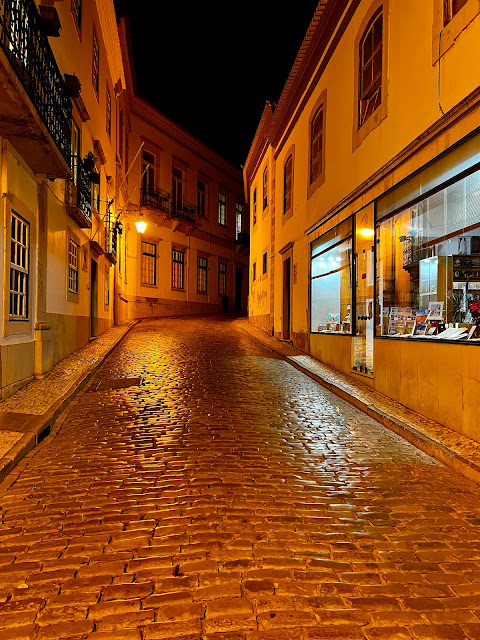 We don’t do the tourist. We have a free day here and the place has some history. Christian history. Crusades and so on. First stop is Capela dos Ossos. The Chapel of bones. Above the entry is the inscription -

“Stop here and consider, that you will reach this state too.”

An ossuary chapel which belongs to the 18th century Carmelite church Nossa Senhora do Carmo. Built of the bones of more than 1000 Carmelite friars. Over 1200 skulls. Amazing. Along with the usual Christian extravagance. 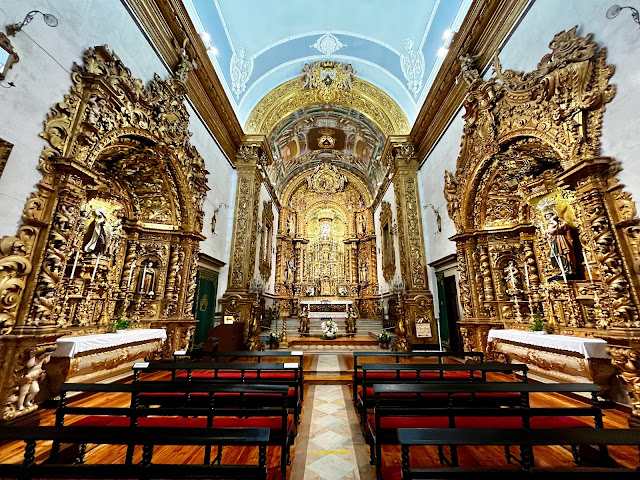 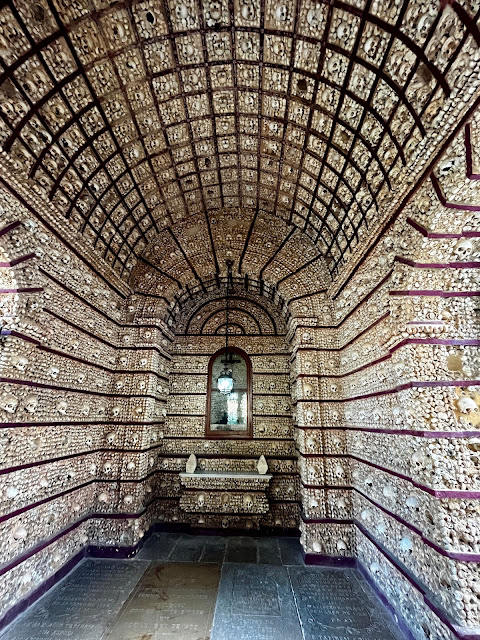 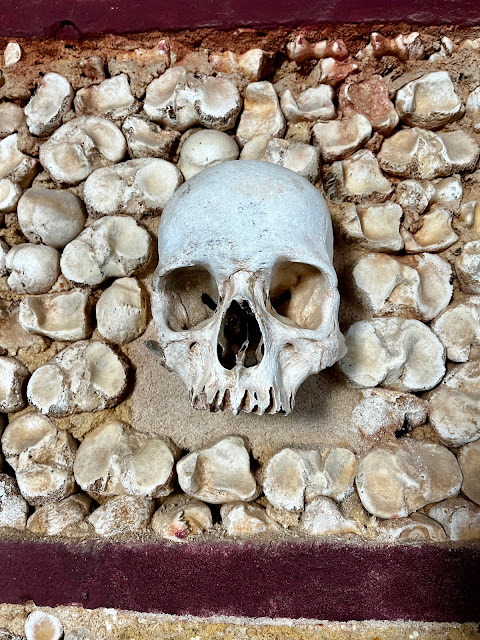 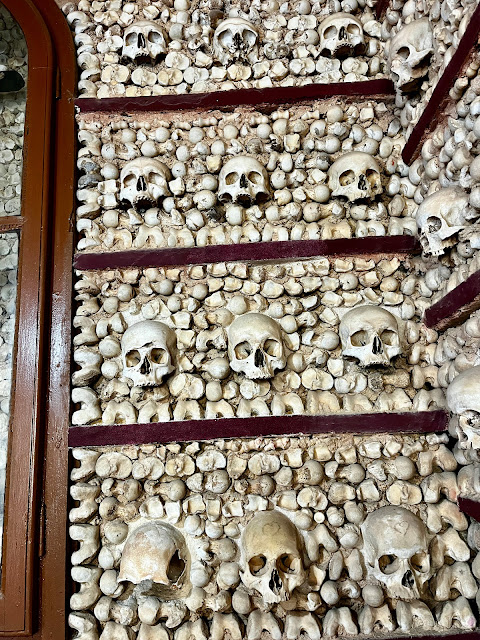 The Cathedral De Faro. Ancient. Consecrated in the name of the Blessed Virgin Mary in the late 13th century by the Archbishop of Braga. Roman Catholic. Heavy on the suffering of Christ. Beautiful. Extravagant. The tiles are just stunning. As is the view.

An early Paleo-Christian basilica was built here and it was later transformed into a mosque during the Arab Moorish rule. The mosque was finally converted into a Christian church after the Reconquesta of the city by D. Afonso III in 1249.

Much artwork depicting the victorious Crusades over the Moors. 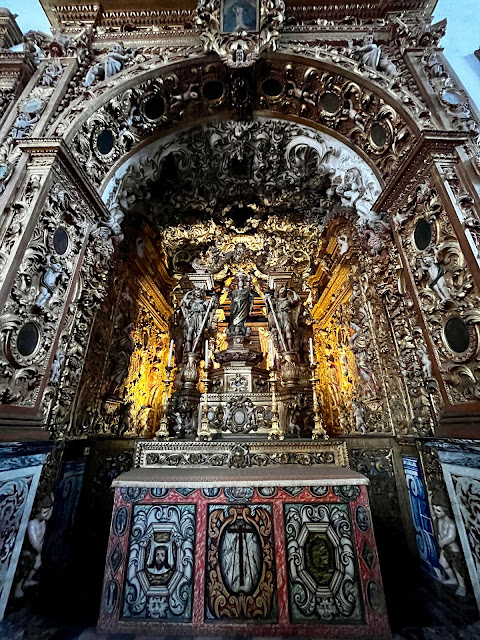 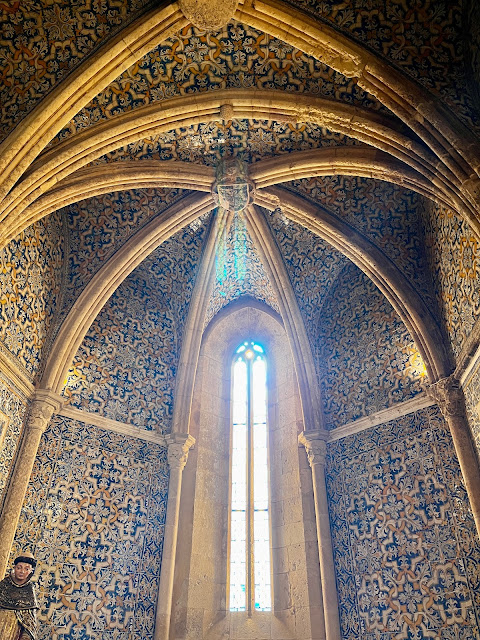 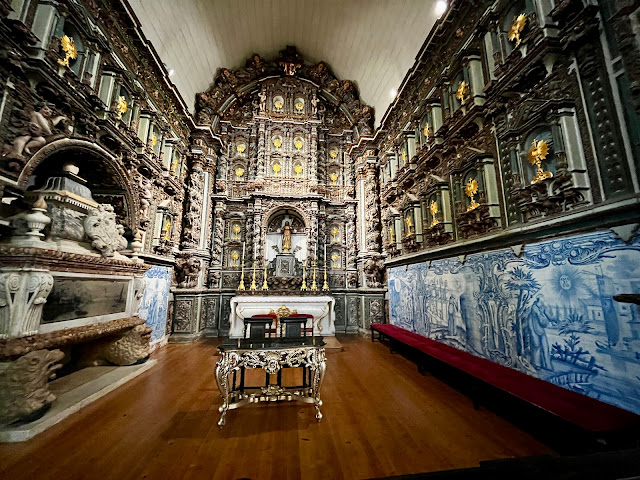 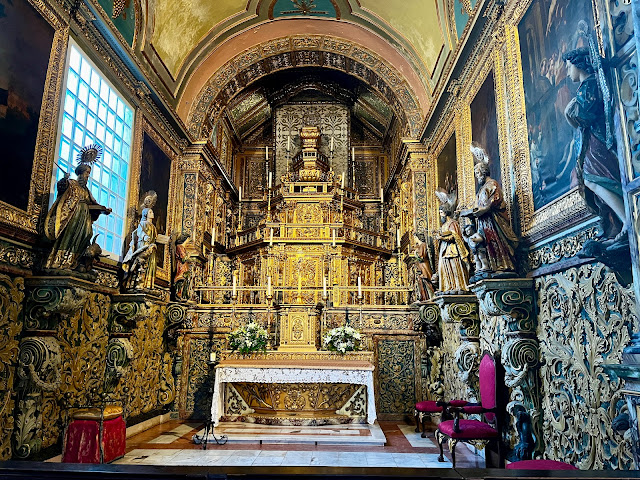 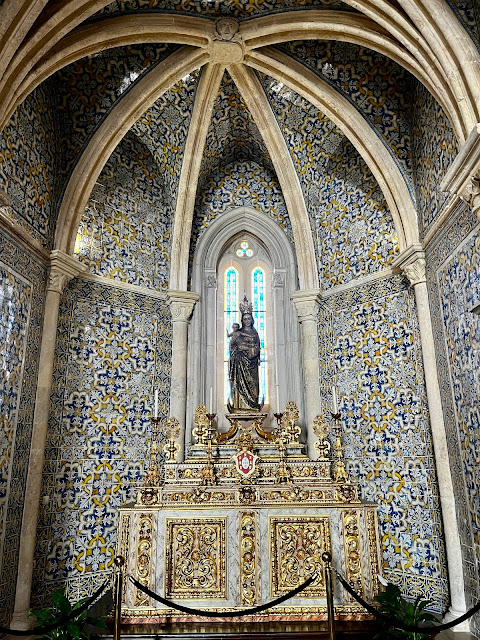 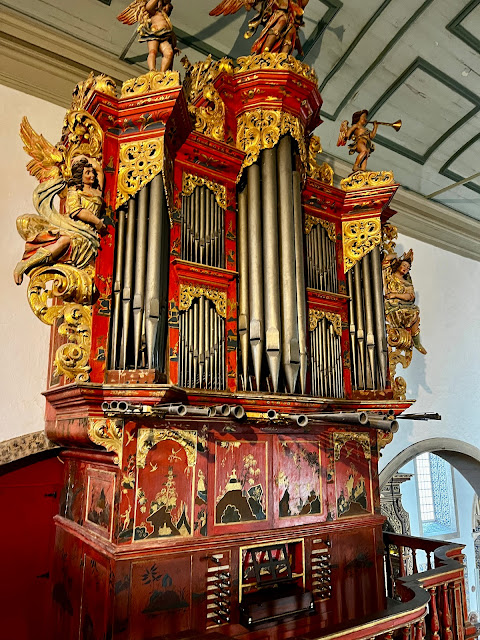 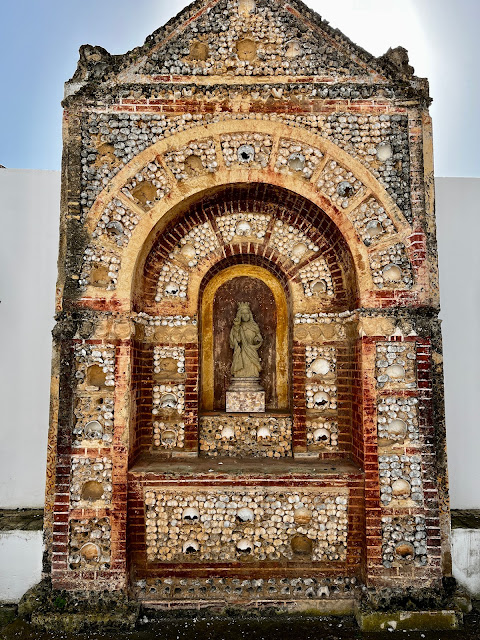 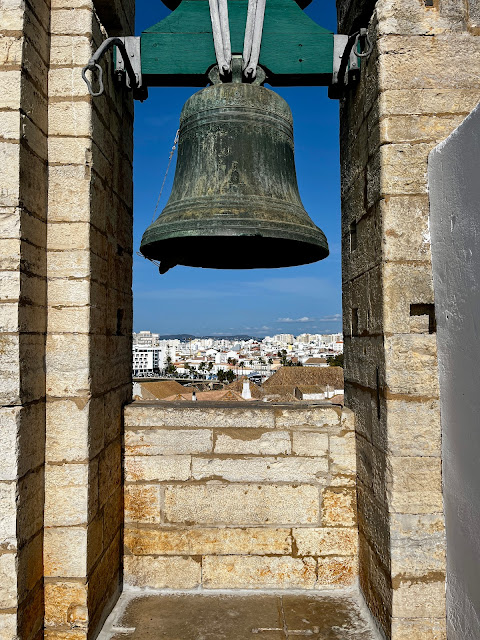 Lunch. Not a food blog. Possibly the best meal I have had in Portugal. 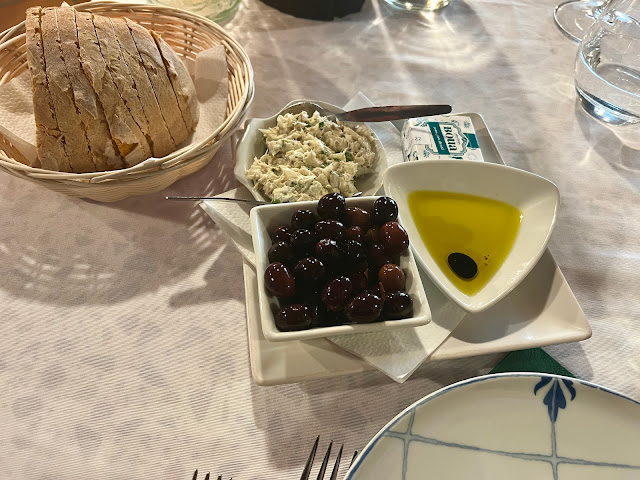 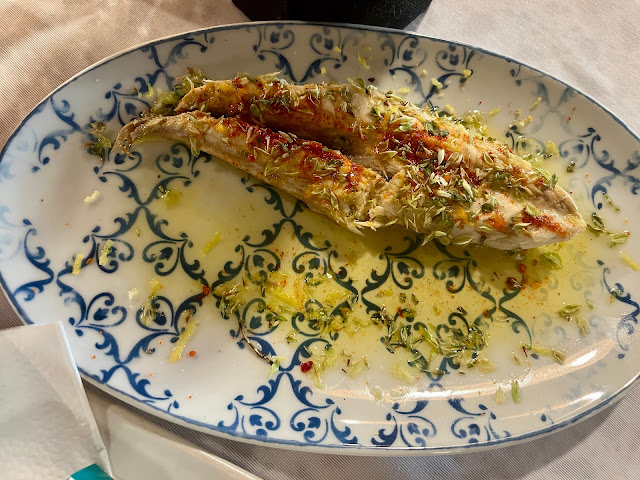 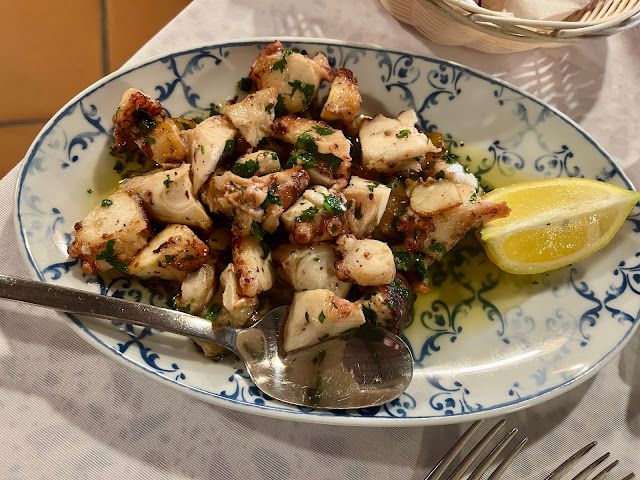 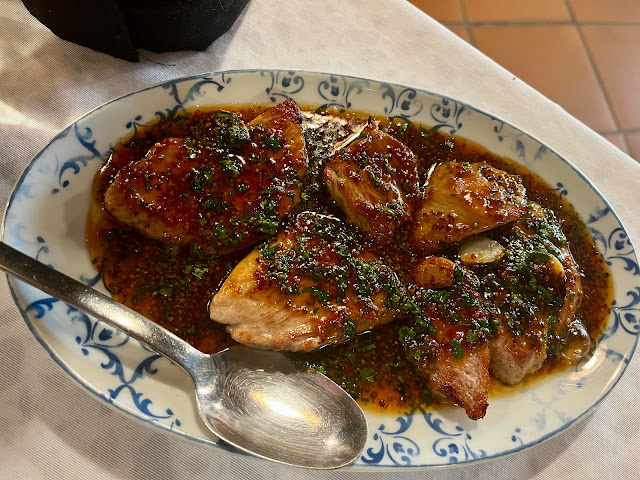 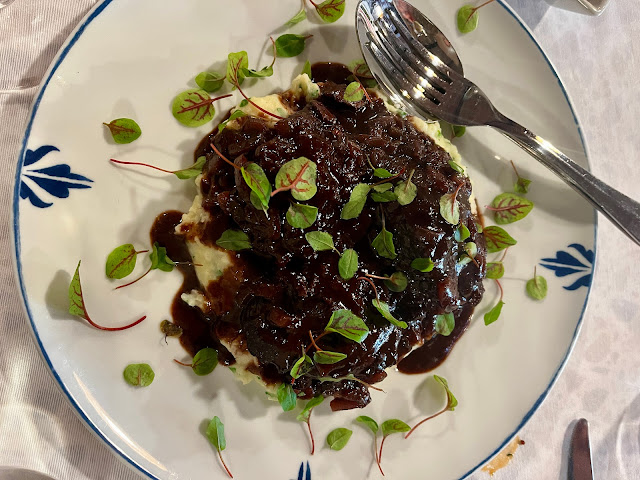 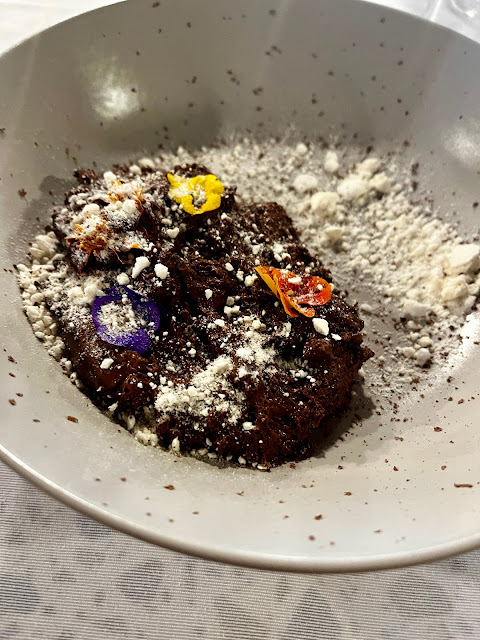 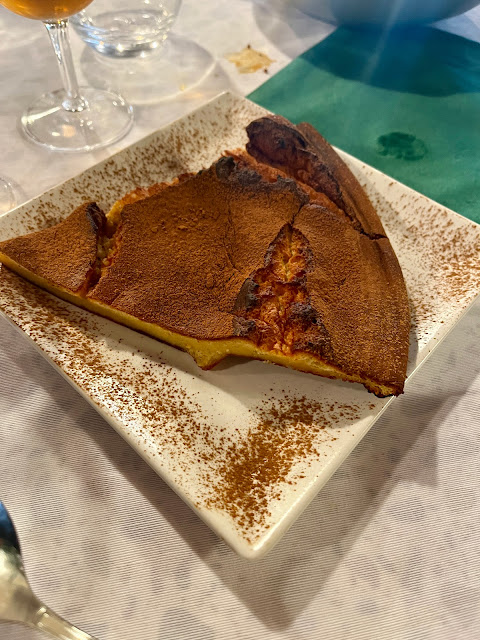 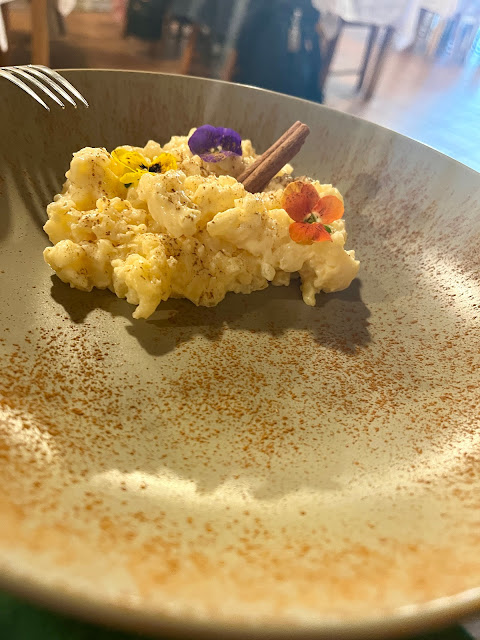 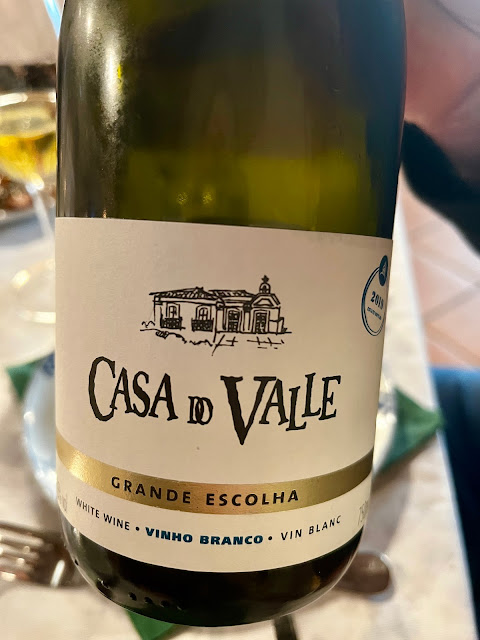 We read in the sun in view of the Cathedral De Faro for the afternoon. Under orange trees heavy with fruit. Postcard stuff.

The evening was spent planning the next leg. We will be in Spain tomorrow. Seville the destination.

Read. Bed. Faro is my favorite place in Portugal.