Up early. No real hangover. Good sign. Pack and leave for a 15 km ride to Orbetello Monte Argentario. It is an easy ride on flat roads. Mostly quiet. For the last few kilometers, we are on a dirt track in the Oasi WWF Naturale di Orbetello. In some parts of the year, there are flamingos here. Not today. It is a lovely ride. With 800 m to go, we hit a locked gate. 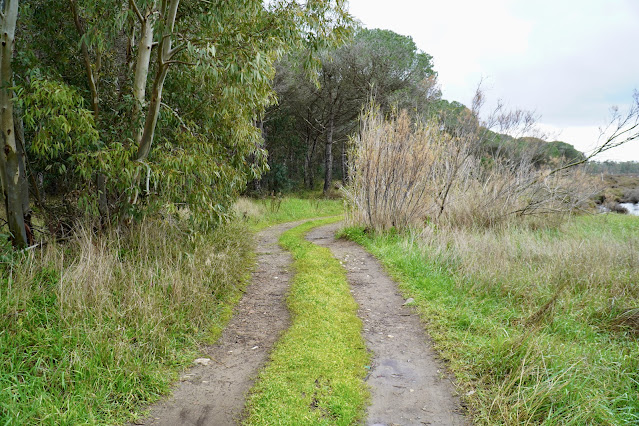 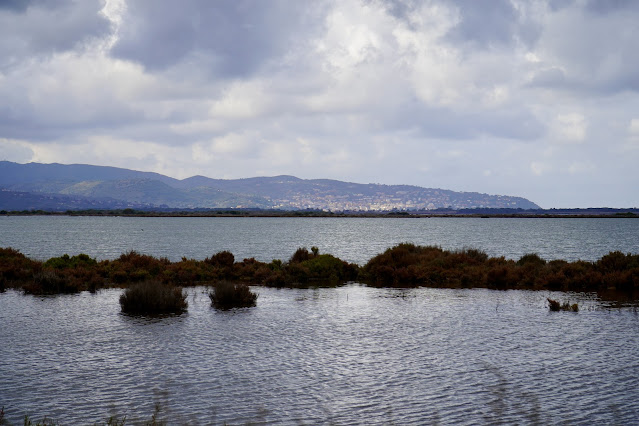 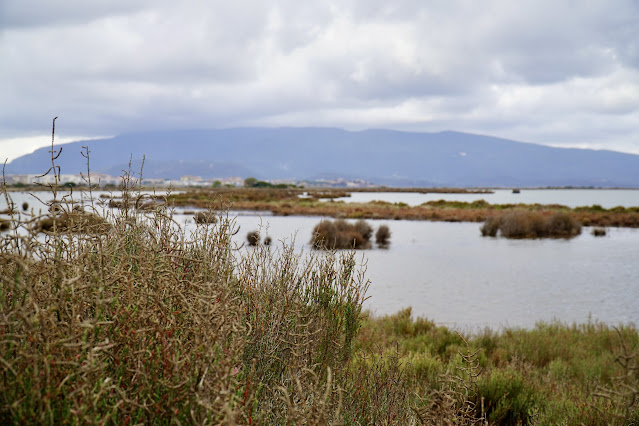 No way around we work cross country to the train line. I jump a ditch and climb the tracks. There is a path that leads all the way to the platform station. We get the bikes across and off we go. I know we are not meant to be here, but it is the only way without backtracking.

“What's your road, man? - holyboy road, madman road, rainbow road, guppy road, any road. It's an anywhere road for anybody anyhow. Where body how?” ― Jack Kerouac

As we get closer there is a tricky section. I slow to stop, my back wheel slips, and I ride into a pole. Tear the bottom out of my front paneer. Devastated. We continue on and see some track workers watching. Waiting. Shells says don't make eye contact. They shake their heads but we don’t get in trouble. Problem solved.

I am sorting out the tickets and hear an announcement. First in Italian, then English. Stand clear of the track, a fast train passing through. Through it flies. These trains do over 250 km/h. I think back to us riding along next to the track. Without exaggeration, it could have been the end of us. I look at Shell. She is thinking the same. A near-death experience that we didn't know we were having until after the fact. Lesson learned.

“So we shall let the reader answer this question for himself: who is the happier man, he who has braved the storm of life and lived or he who has stayed securely on shore and merely existed?” ― Hunter S. Thompson 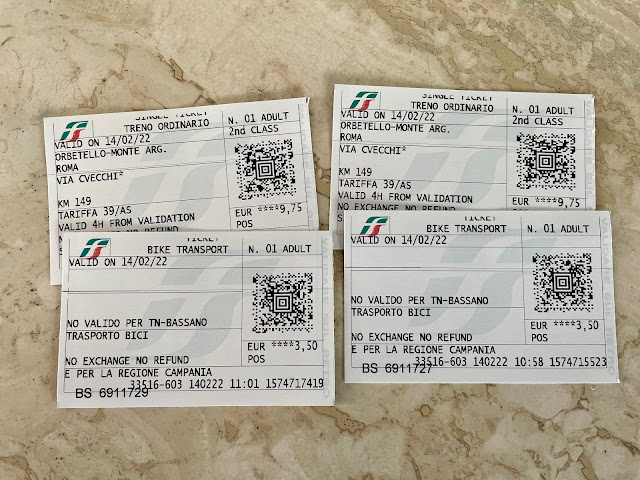 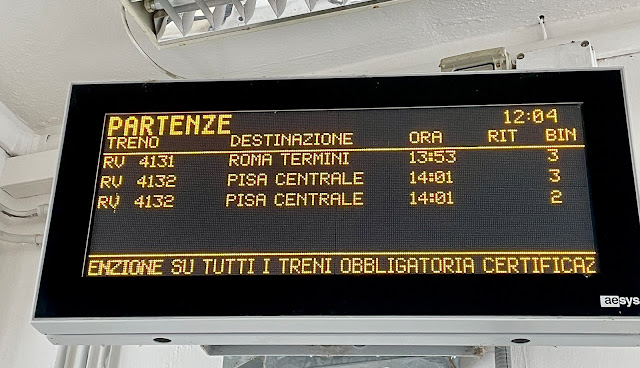 The weather has turned cold. The temperature is supposed to be 14C. It feels like 2C. There is a cold wind. We find some sun to wait for the train. 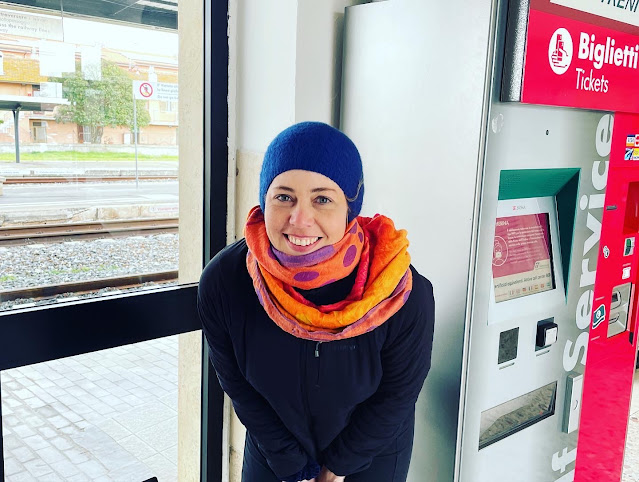 We wrestle the bikes onto the bike carriage. It is a comfortable ride. Quick, only two hours. We pass through the towns we have ridden through. It seems weird we are backtracking to where we have been. Tarquinia, Civitavecchia.

A man jumps on with a bike. He leans them on ours. Asks what station we are getting off. Explain near the Vatican. He is the one after. He will let us know when to jump off.

The train pulls in. He walks up, this is you. We thought we had ages yet! We grab the bikes, roll them down the stairs and jump off. It was close. Stairs. Down and back up to get on the road.

Around a bend, down a street and we roll straight into the Vatican without realising. Right in front of us is St. Peter's Basilica and the Piazza San Pietro. It is huge. Absolutely stunning. Vatican City. Wealth beyond imagination. Catholic wealth.

“A school for children who can only use sign language. 200 of them have their childhoods completely wrecked by this priest, and entreaties are addressed to the man who is now Pope, Cardinal Ratzinger, the man who was saying at the time that the only problem with the scandal was there was a press campaign against the church. The abuse was not the problem, the torture the rape; only the revelation of it. Nothing happens except that he forgives the priest who asked for forgiveness before he dies.” - Christopher Hitchens 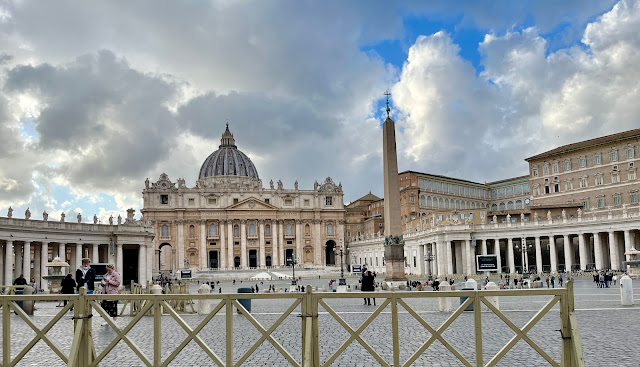 Through some consulates and a few streets later we have arrived.

Quick shower and out for a look around and some food. No lunch. Famished. It is a tourist trap. They all look the same. We grab some pasta and call it a night. Forgettable meal. 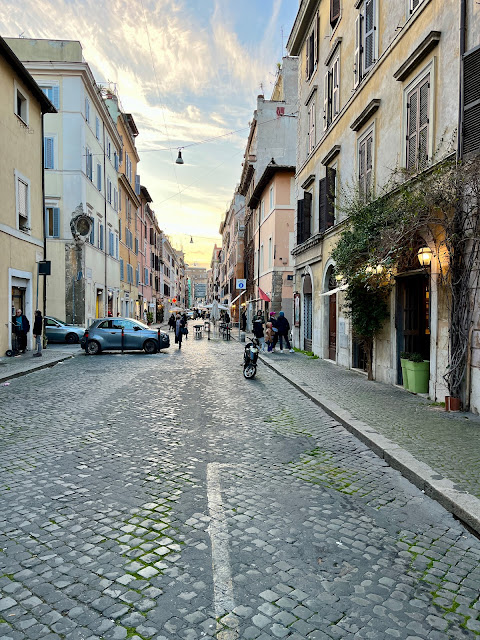 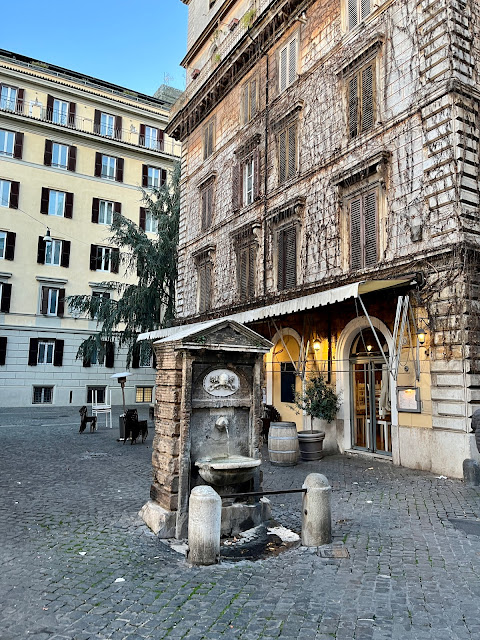 Rome, The Eternal City. You give a great first impression.