I am awake early. The bed is too soft. Breakfast. Loaded and head out to see the Necropolis of Tarquinia. The museum we visited yesterday is filled from the tombs here. I have left my watch back at the accommodation. I leave Shell to get some photos and head back. 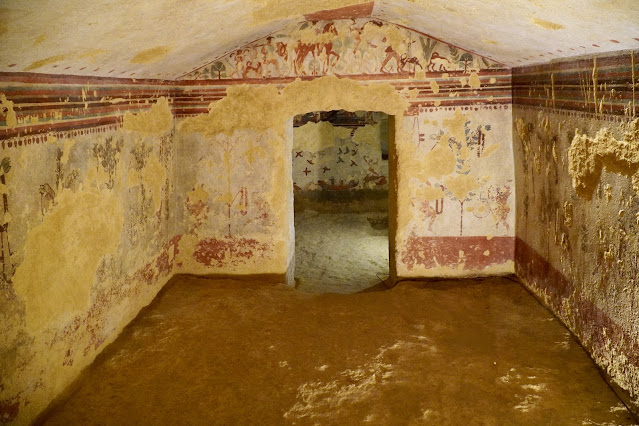 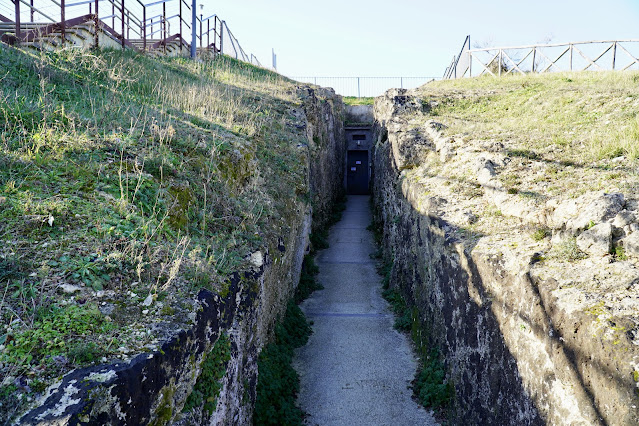 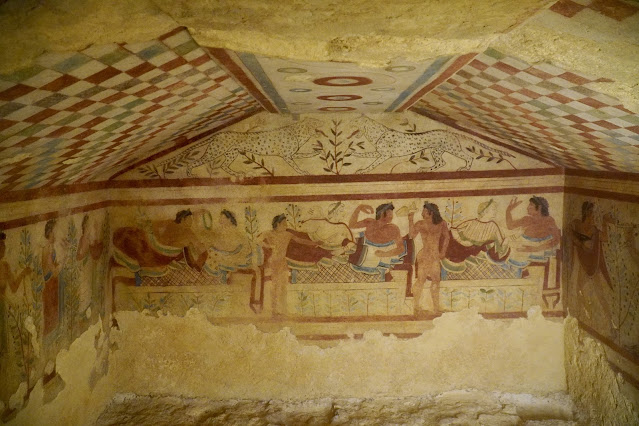 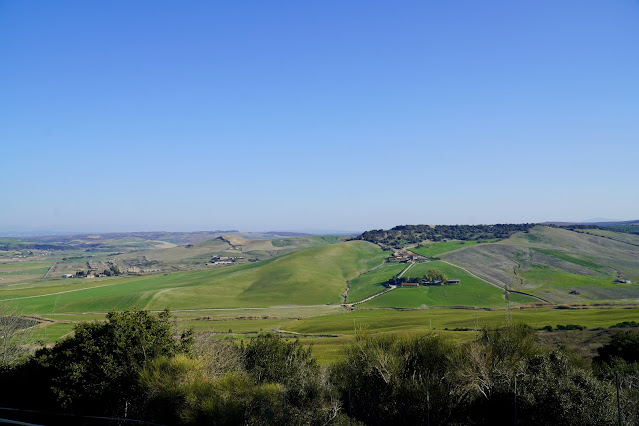 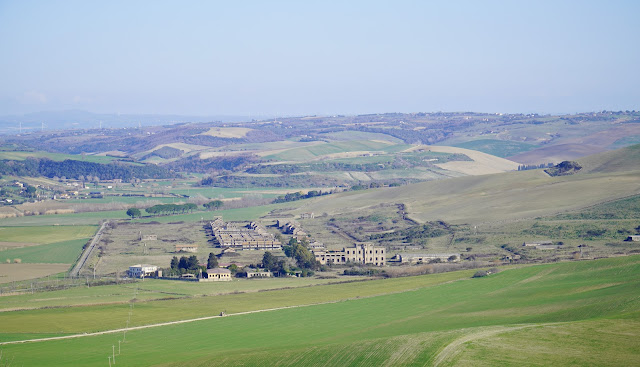 A longer ride today. 52 km. We were originally planning on staying in Orbetello but it was booked out. We are now heading to an island that is not an island. Connected by two strips of land and a bridge. 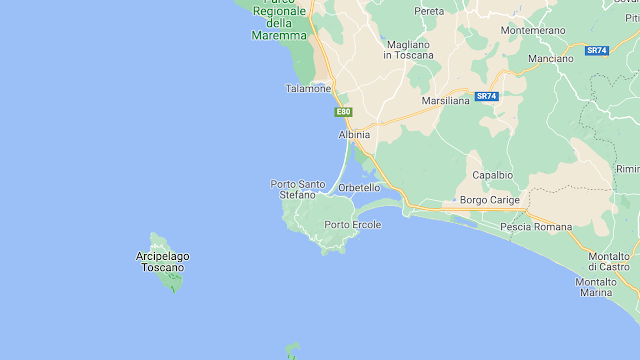 Some nice quiet roads to start. The ocean and farmland. After a few kilometers, we are on a freeway. I check the GPS. The entire way. Fast cars, dual lane, no shoulder. Fast, flat riding. Not much fun.

“In the first place, you can't see anything from a car.” - Edward Abbey

We take a break and I suggest to Shell we put the train station at Orbetello in the GPS. We are heading back to Rome after the weekend. It would be good to see the options. Change the address and we get a second option. Off the main road. 5 km longer. Worth it.

It was an amazing ride. Great surface, few cars. A tailwind which was a nice change. Farmland and oceans. Excellent riding. 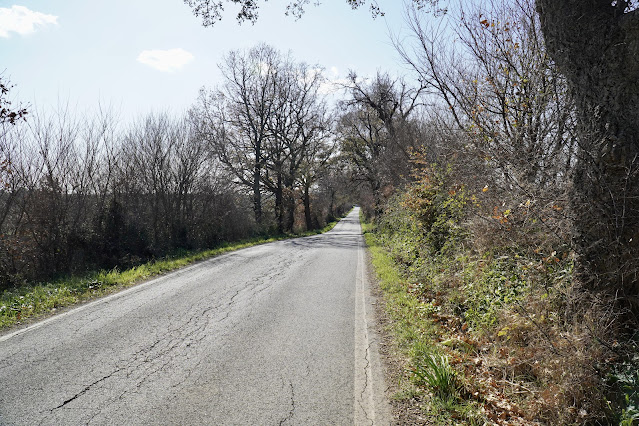 We started to get hungry around 1.30 pm. There are no towns around. The GPS shows a ristorante ahead. It looks like a house. It looks closed. I suggest we continue on. Shell investigates. We are greeted by a feisty Jack Russell. About 3 kg. 2 kg were his testicles. Even the dogs here have machismo. An old gentleman comes along. Shell asks about the ristorante? He waves us through.

Villa Enli. There is a fireplace. It looks like the back of someone's home. The menu is handwritten and there is only one person on service. Normally we would try and work through the list. Instead ‘cosa c'è di buono oggi?’ What is good today? 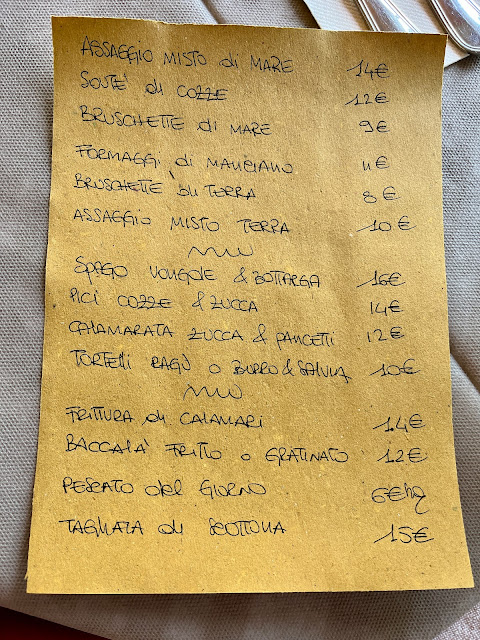 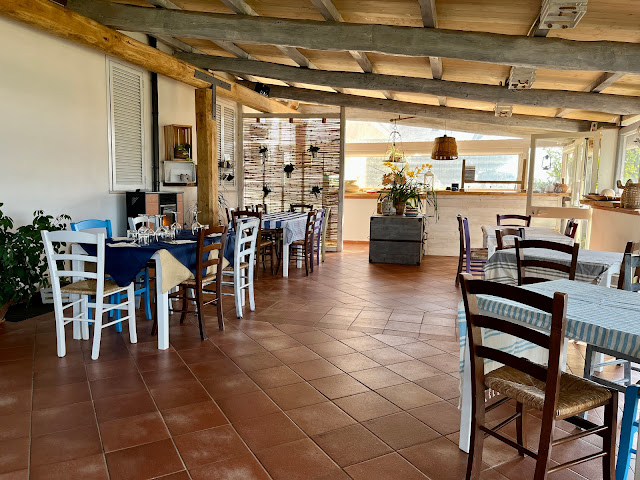 Assiggio misto di mare. Assiggio misto tera. A tasting plate from the land and another from the sea. Amazing. The best mussels and anchovies I have eaten. Tortelli and Pici. Two jugs of wine. And complimentary deserts with house sweet wine.

It was impossibly good.

“All the food was simple. And I don’t mean easy, or dumb. I mean that for the first time, I saw how three or four ingredients, as long as they are of the highest and freshest quality, can be combined in a straightforward way to make a truly excellent and occasionally wondrous product.” - Anthony Bourdain 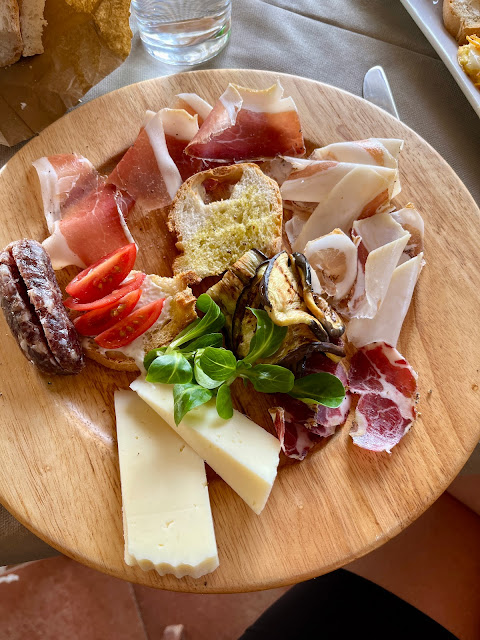 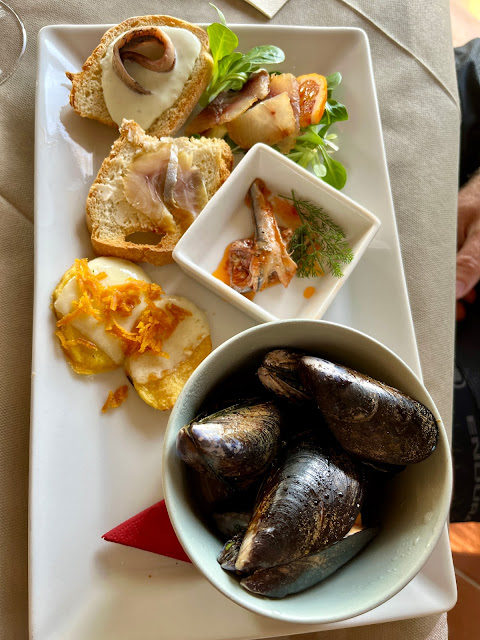 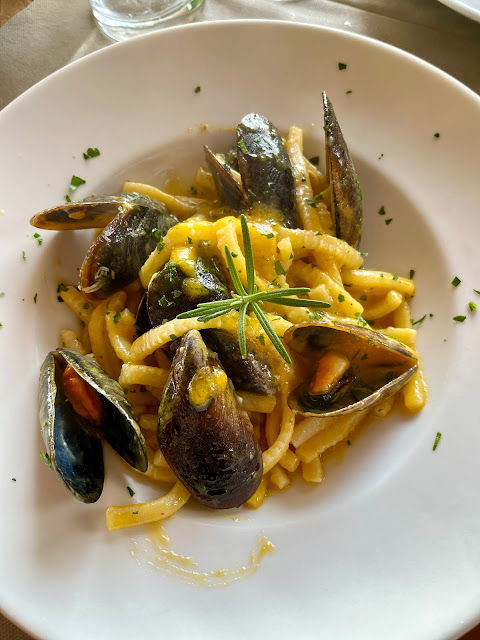 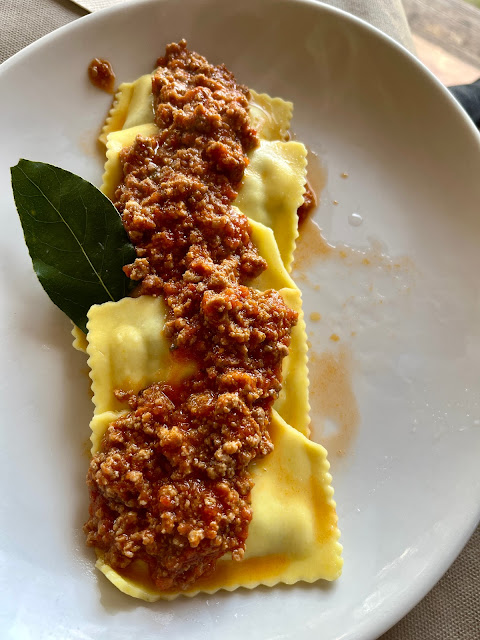 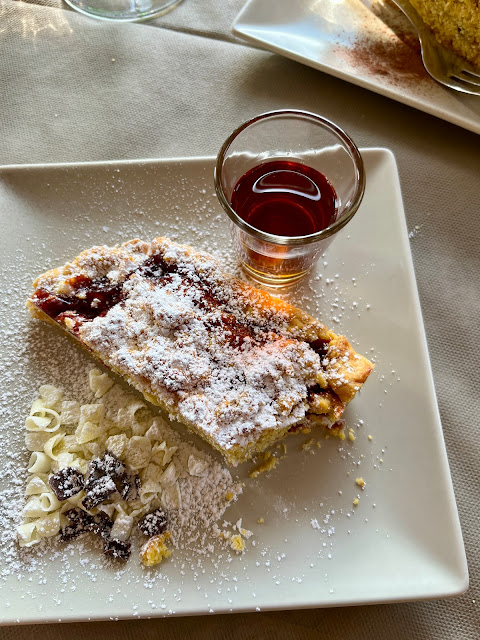 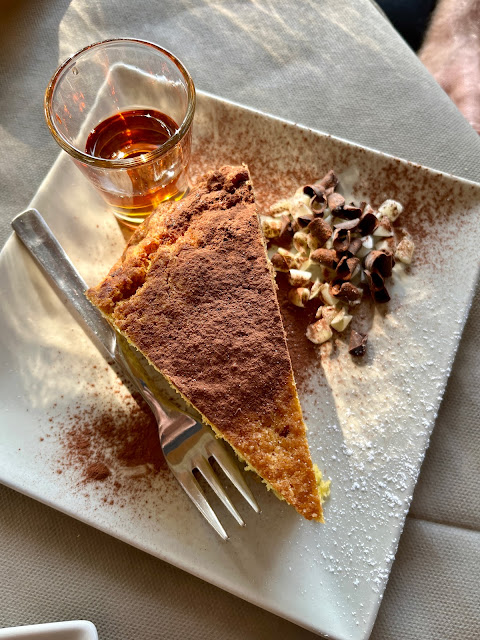 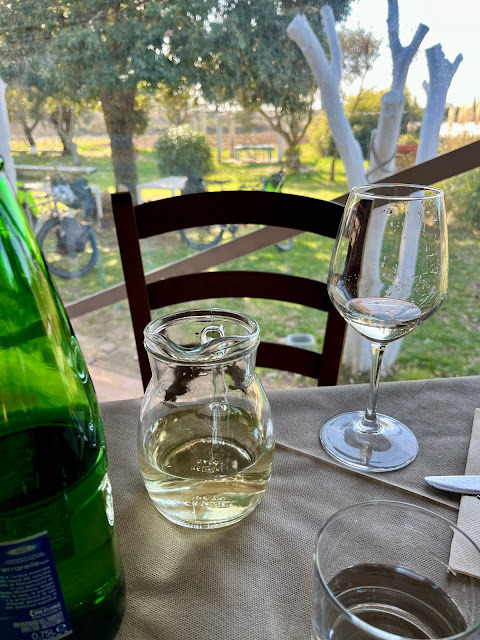 Back on the road. Trails through vineyards with the ocean on the horizon. We hit Orbetello and the train station is not staffed. The timetable on the wall indicates trains to Rome with bikes are a possibility. Promising. 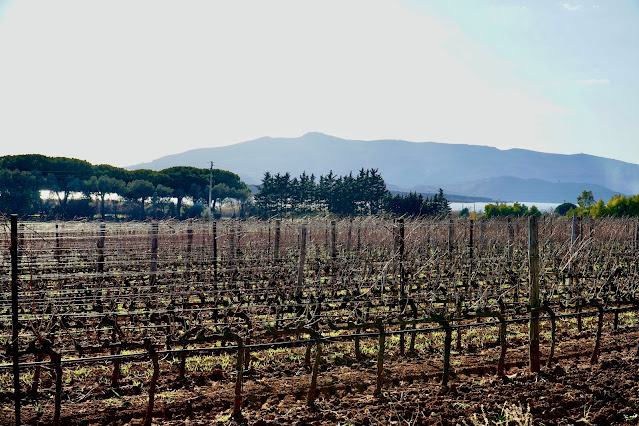 We spend the afternoon sorting through some issues. It is likely we will not be able to extend our Schengen visa. This means we need to leave Italy in the first week of March. Seeing Spain and Portugal cost us time here. I would not trade it.

There is a further issue on the horizon. Our vaccinations are soon expiring. If we can’t get our third shot the entire journey will stall in May. I can only imagine this will become a serious issue when travel recommences for Australians at the end of February.

The guy in the room next to us has his television up too loud. I really don’t want to have to tell him to turn it down.

Three things that confuse me since arriving.