Wake up early. Breakfast is a no show. Our man Simone has been caught up in traffic. We have three jobs today. Firstly, a walk through Rome, the Coliseum and so on. Secondly, Shell’s finger is still not better despite a full course of antibiotics. Finally, one last shot at our third COVOD vaccination. We have an email telling us to go to an ASL clinic in a hospital and ask for an STP code. It is a rainy day. We head off with empty stomachs.

“Sheep, like people, are ungovernable when they are hungry” - John Muir

ASL Roma 1 is a hospital. We report in with our emails and request our STP forms. Friendly staff advise us that despite the advice given by their colleagues, we need to go to another clinic. They cannot help us. I am hardly astonished.

We cross the River Tiber at Ponte Principe Amedeo Savoia Aosta and head toward the Coliseum. Heading down Corso Vittorio Emanuelle II and you start to get the impression history is somewhat of a banality here. There are historical ruins on every corner. We pause at the first to marvel only to see more on the next corner, and the next, and the next. History overload. 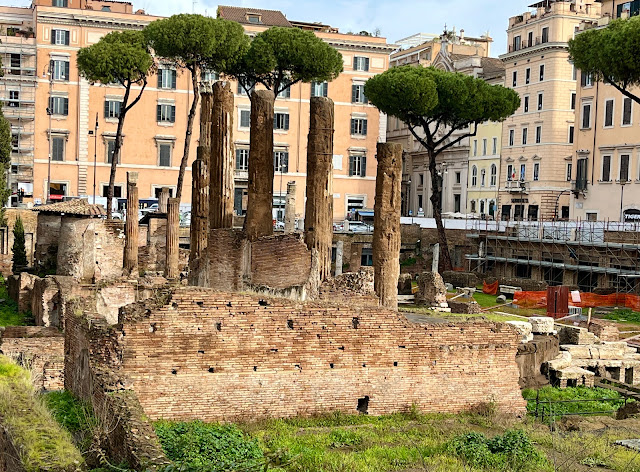 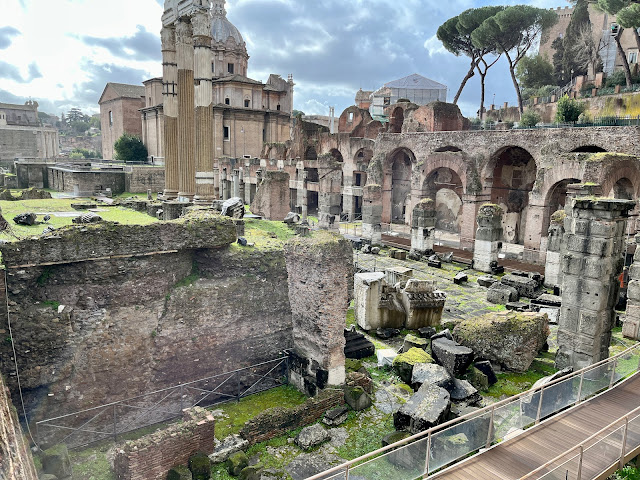 Rome has given us plenty over the centuries. Its Empire was enormous. Its contribution to architecture, law, engineering, art and philosophy can’t be understated. Consider the humble arch. An engineering feat of genius.

“True happiness is to enjoy the present, without anxious dependence upon the future, not to amuse ourselves with either hopes or fears but to rest satisfied with what we have, which is sufficient, for he that is so wants nothing. The greatest blessings of mankind are within us and within our reach. A wise man is content with his lot, whatever it may be, without wishing for what he has not.” ― Seneca

We continue on and hit the Mole del Vittoriano. I didn’t even know it existed. You enter the Piazza Venezia and suddenly you can’t see anything else. This encapsulates Rome for me. I recall being underwhelmed by the Taj Mahal. I say this not to diminish the Taj, but the Vittoriano dwarfs the Taj. Granted I was more impressed with Mehrangarh Fort, Sonar Quila and the Nahargarh Fort of India, but the Vittoriano is a lesser attraction here. It is incredible. This is Rome. Even the less is more. 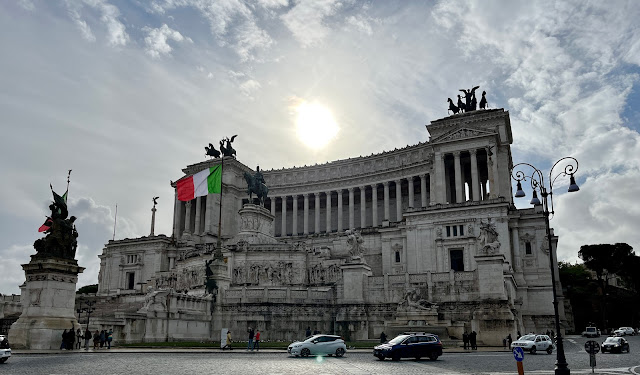 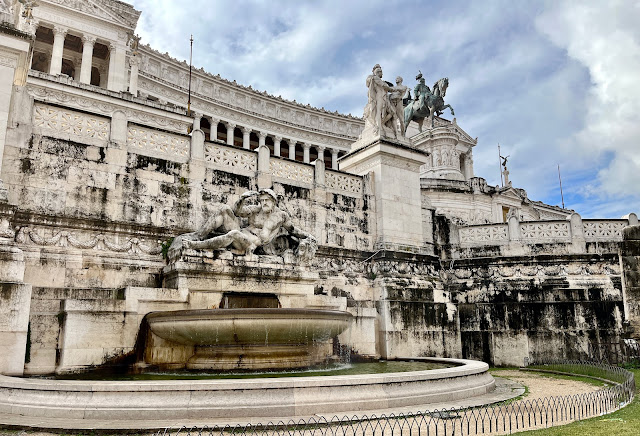 “I found Rome a city of bricks and left it a city of marble.”- Augustus 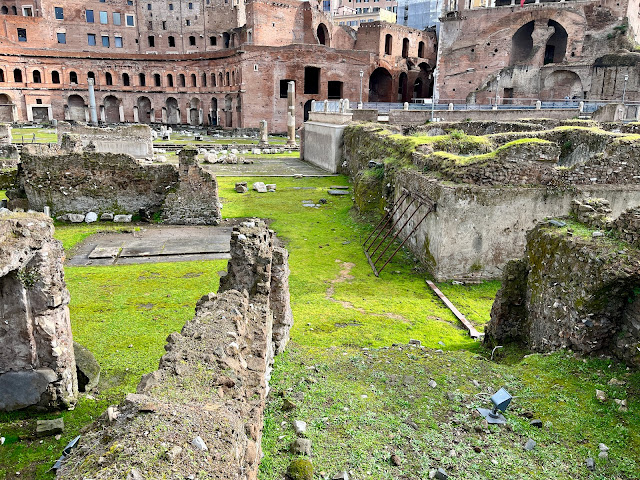 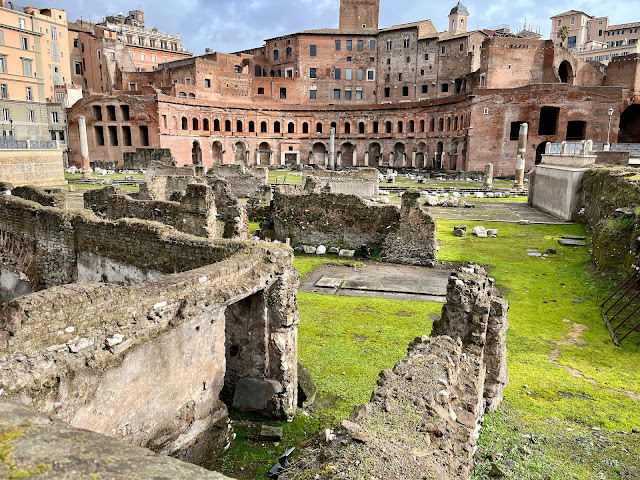 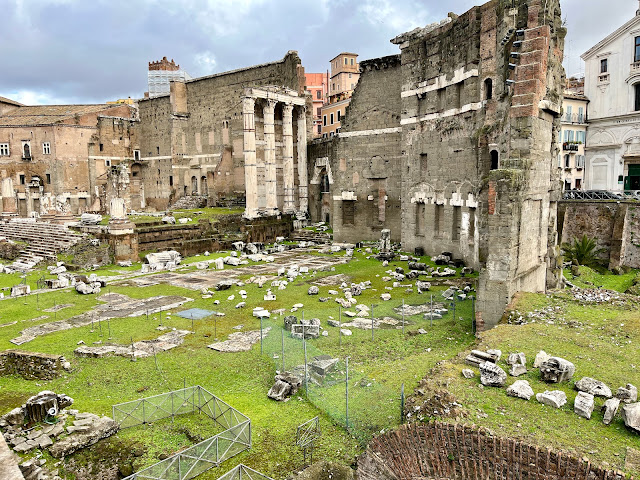 I have mixed feelings about the Coliseum. Rome to me is the blossoming of Democracy. Two of my favourite stoic philosophers, Seneca and Aurelius are Roman. Modern law was born here. Architecture. Art. So much good.

The Coliseum was built as a distraction for the mob. Keep them entertained so their mind could not stray onto important matters. It is not that I find violence offensive. Violence plagues my thoughts. I enjoy combat sport. I enjoy contact sport. I appreciate the same emotions played out in the Coliseum. I can even understand two willing combatants fighting to the death in a test of skill. This happened, sometimes. Mostly the Coliseum was a slaughterhouse. Unwilling participants butchered to please a mob. Not my cup of tea.

“You know the Romans were fond of bloodshed. North Africa was one of many places where the Roman Empire had its arenas. It was their amphitheatre which, with the passage of time, had enlarged with the vanishing of many rocks. But, thank God, man has changed and, after six hundred years, that bloody sport has ended.” ― Waheed Ibne Musa 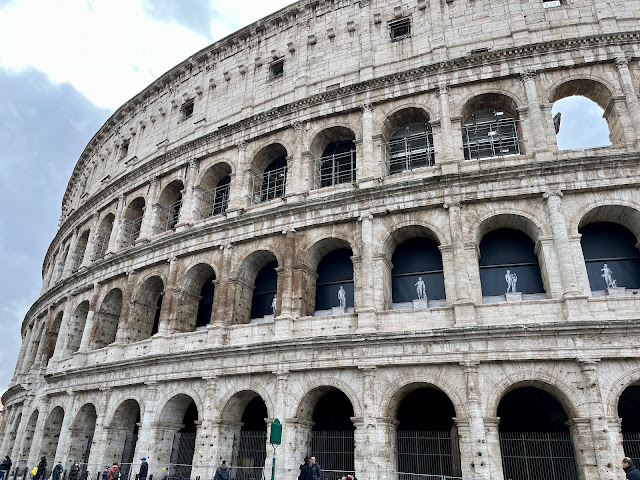 We walk around the outside. Even on a rainy day in the low season, it is busy. It is an architectural masterpiece. I am tempted to enter. We decide not to. The Coliseum is a shadow of what it once was. Earthquakes and fires I can deal with. At the fall of the Empire, the Christians moved in. It was a fortified residence. It has been pillaged over the centuries. I am happy to just take it in. It is a far cry from the charnel house it once was. 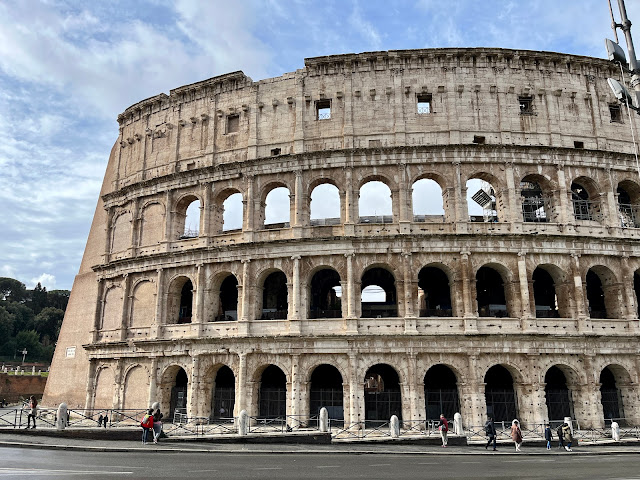 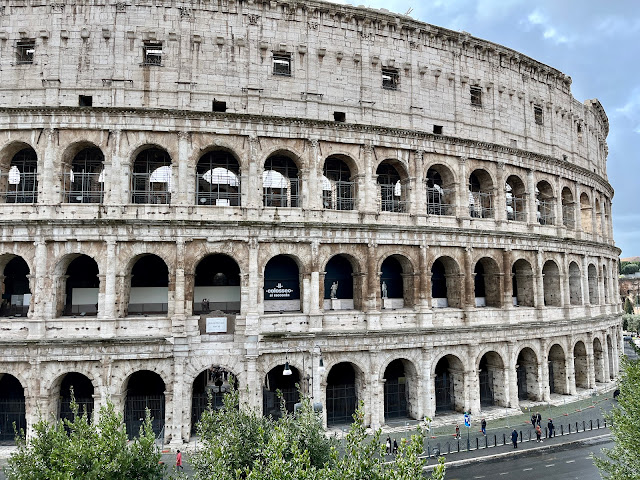 “Rome is one enormous mausoleum. There, the Past lies visibly stretched upon his bier. There is no today or tomorrow in Rome; it is perpetual yesterday.” – Thomas Bailey Aldrich

We head off to the random clinic ASL Roma 1 sent us to for our COVID form. We both know we are being shunted from place to place because nobody wants to deal with our problem. We get there. Long line. Oddly, security acts as triage here. An untrained security guard decides the urgency of your medical requirements. Shell explains where we have been sent from and the email from Italy Medical. He flatly refuses because we are tourists. Points to a QR code for his justification. Shell scans it, translates it. Bizarrely it states we should be treated. Flummoxed, the guard tells us to wait. After a few moments of thinking time, he decides we need to go to a different clinic. I know this tune. We don’t bother. 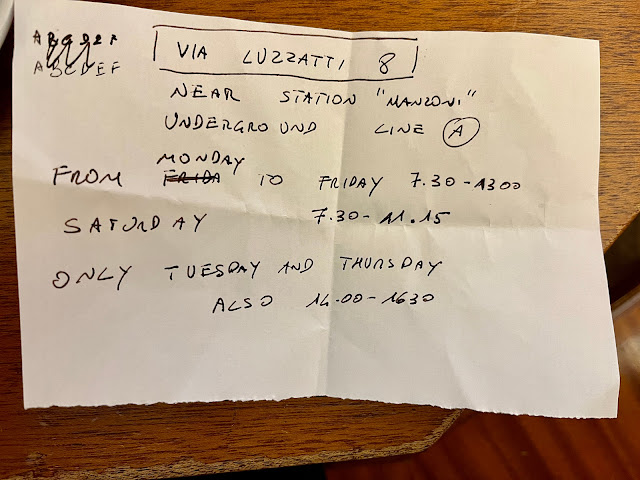 Hungry. We head back to Trastevere for lunch. This is the cool eating and drinking area of Rome. We find three or four places that look good. First place is stand up only. We want to sit. The second place is packed. No seats. We head to Mr Cllod Bistrot. Two great plates of pasta and a bottle of vino Bianco. A great long lunch. Our only company is a consulate lunch. Austria pays the bill. Is there a better retirement package for a politician than a consulate posting?

“But beyond the extravagance of Rome's wealthiest citizens and flamboyant gourmands, a more restrained cuisine emerged for the masses: breads baked with emmer wheat; polenta made from ground barley; cheese, fresh and aged, made from the milk of cows and sheep; pork sausages and cured meats; vegetables grown in the fertile soil along the Tiber." - Matt Goulding

After six days of antibiotics Shell’s finger is not getting worse. It is not getting better either. Back to ASL Roma 1. Standard procedure, we are directed to Emergency. There are not many patients. I wonder to myself if there are no General Practitioners in Italy, why is Emergency not filled with thousands of people with everyday Doctor requirements that don’t need a hospital? 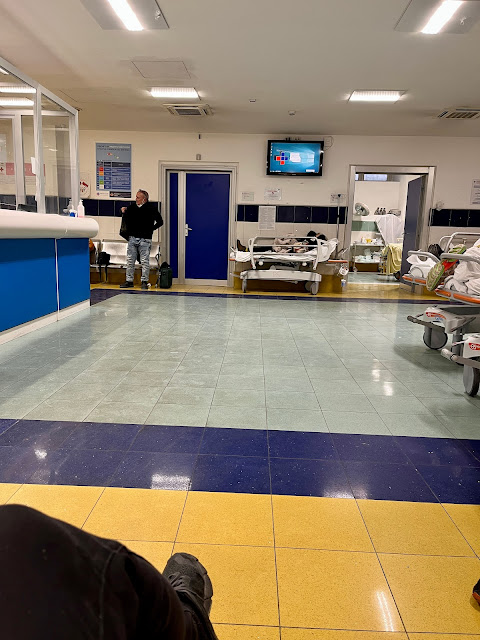 Shell gets a bonus brain rape COVID swab before she is admitted to the hospital. She explains the situation. They send her for an x-ray. Something is lost in translation. Three hours later she finally gets a prescription. Admitted to hospital and three hours for an antibiotic prescription. The Doctor tells Shell he is surprised we can’t get a vaccination. Really? Three hours for antibiotics and you think it would be easy to get a COVID vaccine. Clearly he is self-medicating. 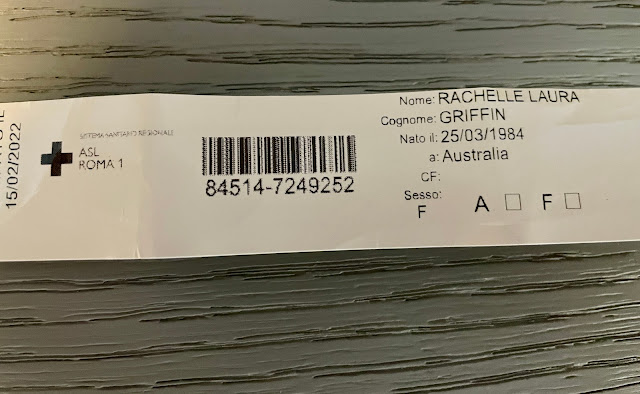 We head home and I cook dinner in our little shared kitchen. Over lunch, we decided not to go to Pompei tomorrow. The train and entry costs made it too expensive. We discuss leaving Rome tomorrow and heading toward Pitigliano and on to Sienna. A bottle of Rosso di Montalcino help eases the hospital stress.

We give Leanda a call. Shell’s sister is an ER Doctor. Discuss the finger. Advises against Shell’s idea of self-surgery. Leanda assures us Italian doctors are well trained. Sceptical. Advises us to stay put. Hands can be tricky. If the infection spreads we will need to be near a good hospital. Being near a good hospital was why we were leaving.... We book another couple of nights here. Maybe I can see a few museums while the hand recovers?

I fall asleep wondering about the Italian health system and how many times a security guard has misdiagnosed a patient.