Sleep in. Almost late for breakfast. Simone is already here. We eat light. Grab a coffee and head straight for a Farmacia. Prescription filled. We send some pictures through to Leanda.

“Did you tell them you had a chest infection?” she messages back.

Not the response we are hoping for.

We head back and think about the day. It is nice having not much on our schedule. No COVID follow-up. No hospitals. I float the idea that we head to Galleria Nazionale d'Arte Moderna e Contemporanea. Shell doesn’t seem too enthusiastic.

“If I’m in Rome for only 48 hours, I would consider it a sin against God to not eat Cacio e Pepe, the most uniquely Roman of pasta, in some crummy little joint where Romans eat. I’d much rather do that than go to the Vatican. That’s Rome to me.” – Anthony Bourdain

Shell reads this to me. Cacio e Pepe. Pasta with cheese and pepper. You don’t get advice like this and ignore it. Some quick research from Shell and there is a place near Vatican City. Inexpensive. Highly rated Cacio e Pepe. We are off for lunch. It’s only 11.00 am. Shell ignores my protests. We divert for coffee. We have to pass through The Papal Basilica. 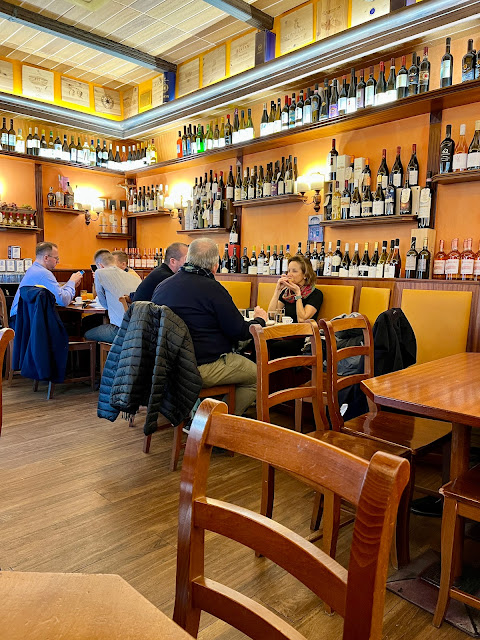 Vatican City. Between 10 and 15 billion dollars of wealth. Population 827. The crown of Catholicism. Pass the plate on Sunday. Pay your dues, even if you can’t afford it. This place is greed personified. Worse. Institutionalised pedophilia. I make no claim that all in the Vatican rape boys. Merely that it protects those in its flock who do. Just as bad, maybe worse. They shuffle offenders from church to church. Fresh victims. If you are important enough, they will fly you to the Vatican and make you a Cardinal. George Pell. Its stunning beauty is tainted by its historic and systemic rape of children and subsequent cover-up of the most ‘unholy’ of deeds.

“The Roman Catholic Church is headed by a mediocre Bavarian bureaucrat once tasked with the concealment of the foulest iniquity, whose ineptitude in that job now shows him to us as a man personally and professionally responsible for enabling a filthy wave of crime. Ratzinger himself may be banal, but his whole career has the stench of evil — a clinging and systematic evil that is beyond the power of exorcism to dispel. What is needed is not medieval incantation but the application of justice — and speedily at that.” - Christopher Hitchens We find our place. We almost made it to 12.00 pm. Tonnarelli cacio e pepe and gnocchi alla Sorrentina. Both inexpensive and both excellent. Cheese and pepper. Nothing more is required. 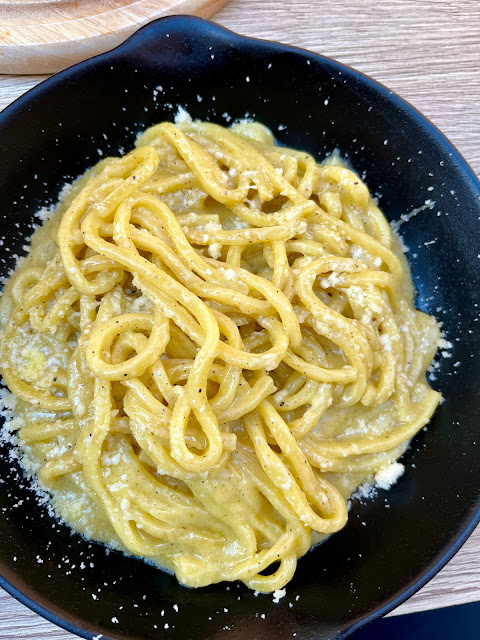 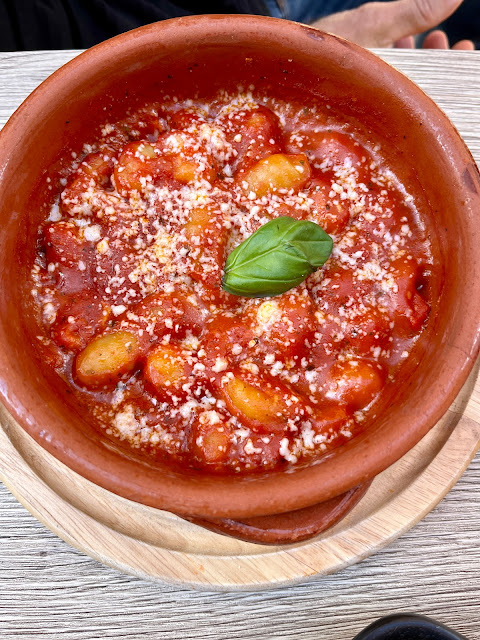 We are approached by a tout. Normally we simply say no thanks. Today Shell starts a conversation. Bouba is from Kenya. He is selling bracelets from Kenya. He tells us they are from Kenya. Who knows? Bouba speaks five languages. He has family in Kenya that he has not seen in a few years. He is here illegally. He states as much. In the shadow of Vatican City, a place of sickening greed is Bouba. Trying to make a buck. If he were born in Australia he would have a free education. He would likely be university educated. We buy a bracelet each. Pay quadruple what he is asking. Staggered by the injustice of it all. Good luck Bouba.

“I sit on a man's back choking him and making him carry me, and yet assure myself and others that I am sorry for him and wish to lighten his load by all means possible… except by getting off his back.” ― Leo Tolstoy

We finish lunch and Shell decides we should go to the museum. She delivers this news like it is her idea and I am somehow opposed to the notion. She is complicated. I love her more than the air I breathe. She is complicated, but she makes me laugh.

The Galleria Nazionale d'Arte Moderna e Contemporanea is stunning. The building itself is a work of art. I love galleries. Not so much the religious motifs of sacrifice and Jesus that we got in Spain. This collection is varied and brilliant. Heavy on Italian works, and rightly so. Marble sculpture from the 1700s through to works of this century. 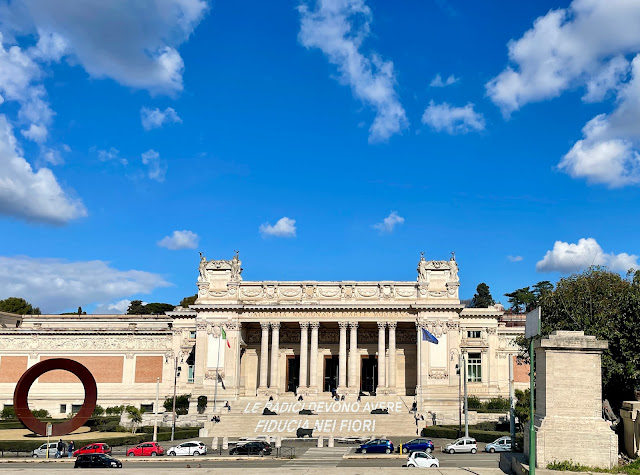 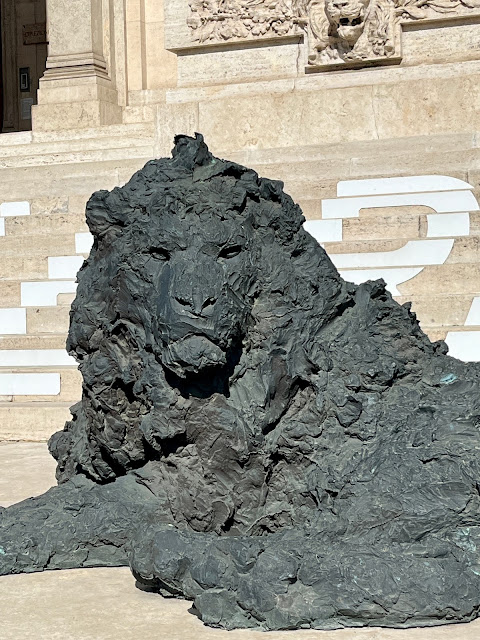 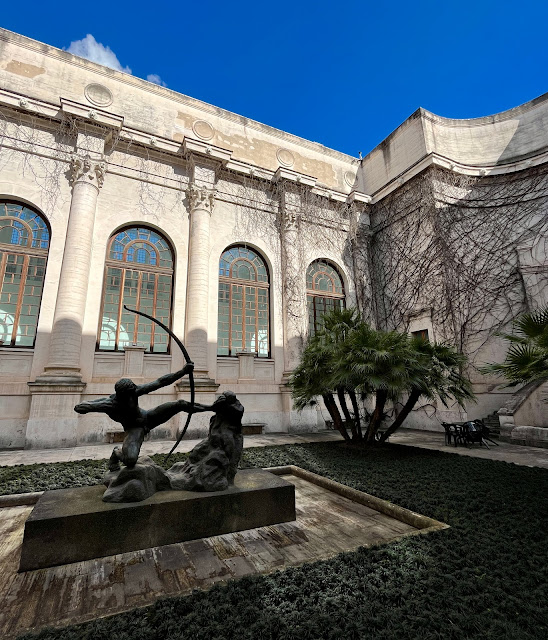 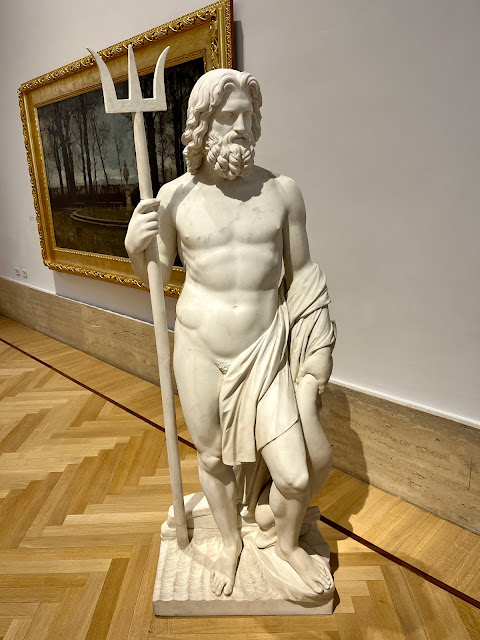 Today I saw my first Van Gough and it was lost on me. I saw my first Monet and it was breathtaking. I saw marble work by Antonio Canova that had such depth of detail it confounded the senses. I stood forever in front of the Ercole e Lica with no words. There was a Pollock I almost walked past. A Warhol that reminded me just how amazing he is.

“Every day I discover

It’s enough to drive one mad.

I have such a desire

my head is bursting with it.” 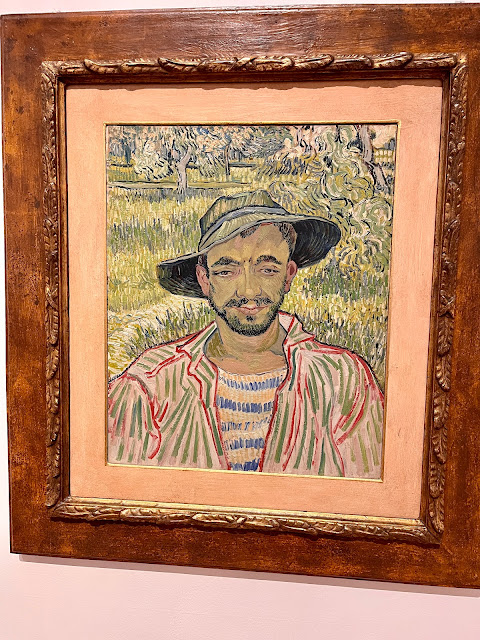 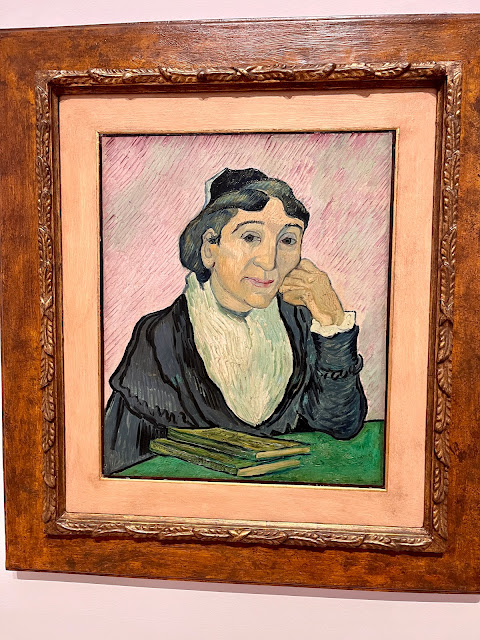 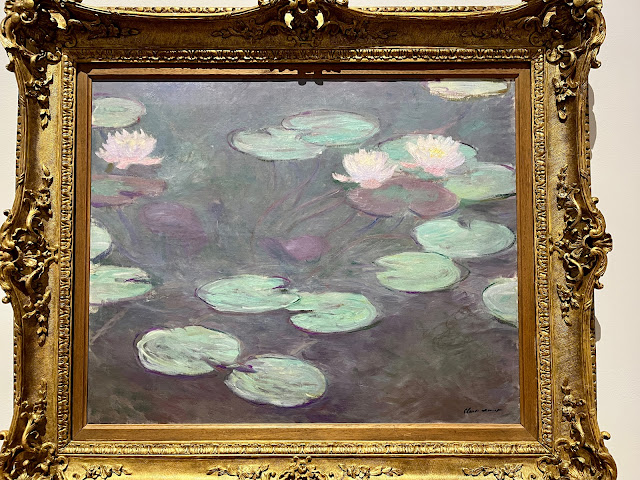 Then there were the Italian artists I was not familiar with. Giacomo Balla mesmerised. Morandi, Manzù, Boccioni, Fontana. Why have I not heard of the people? It’s as if I was not paying attention in school. I wasn’t. I suddenly feel the urge to start ordering books on Italian artists.

“One can travel this world and see nothing. To achieve understanding it is necessary not to see many things, but to look hard at what you do see.” - Giorgio Morandi 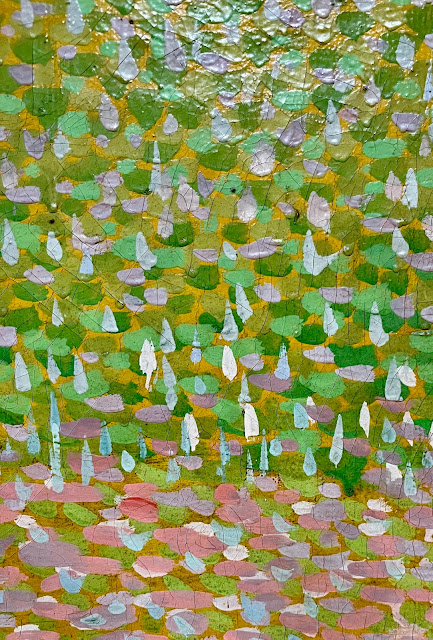 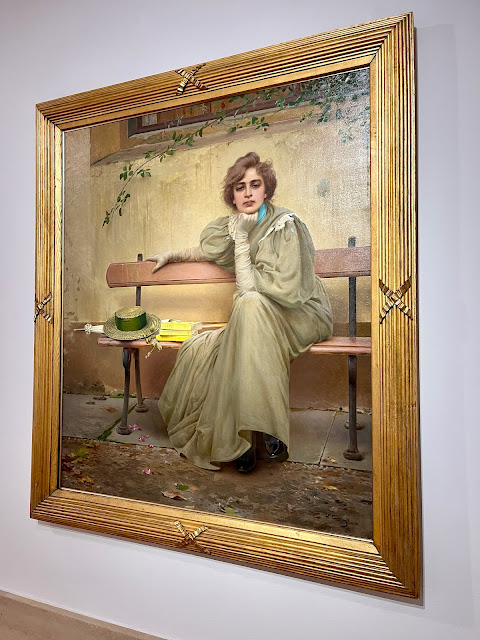 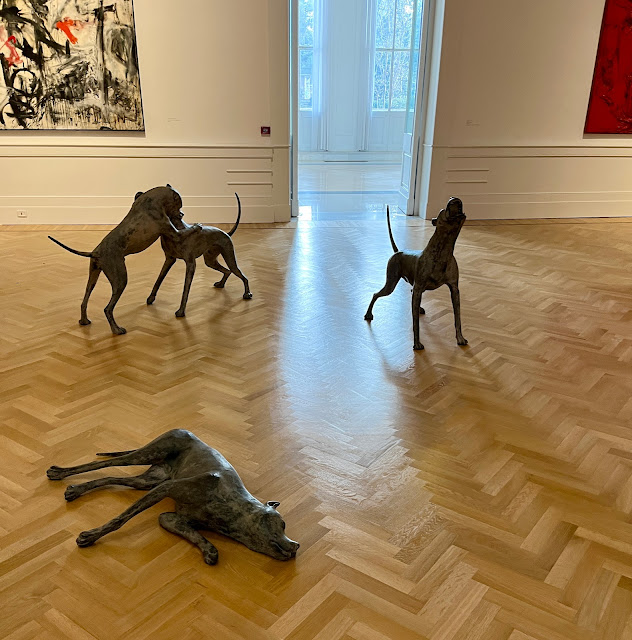 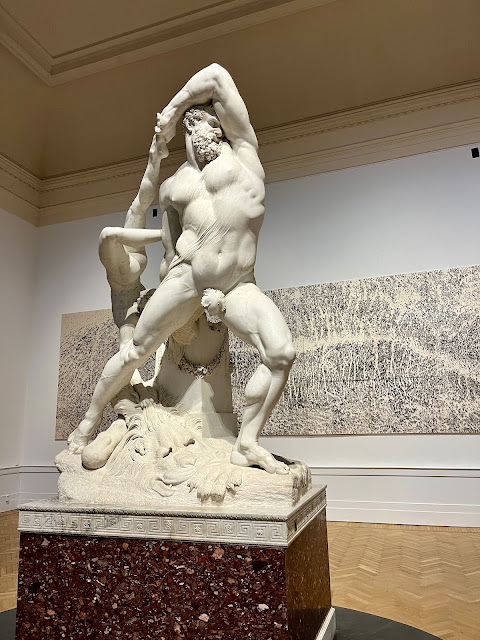 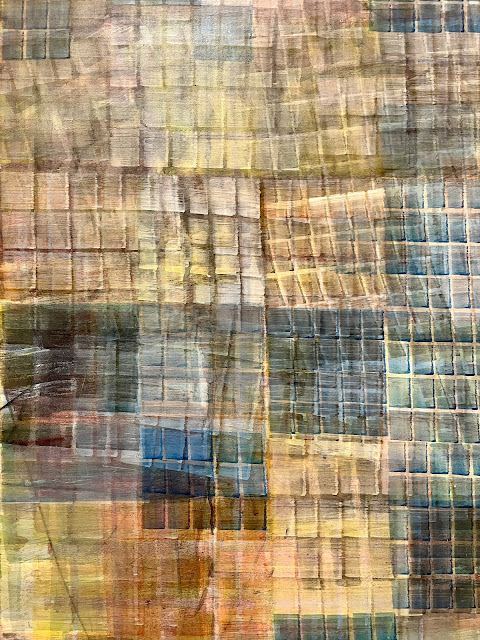 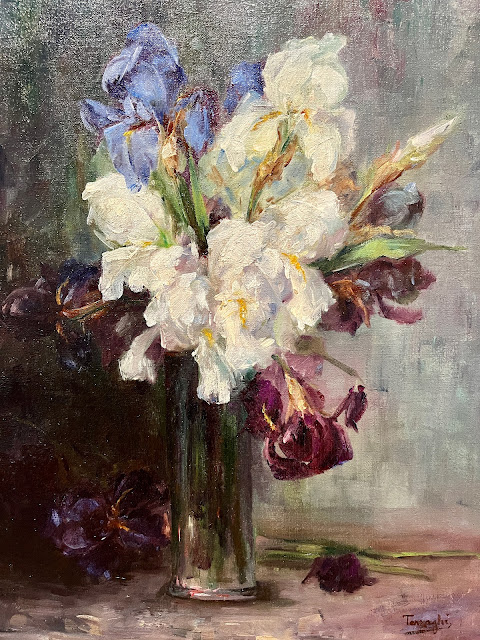 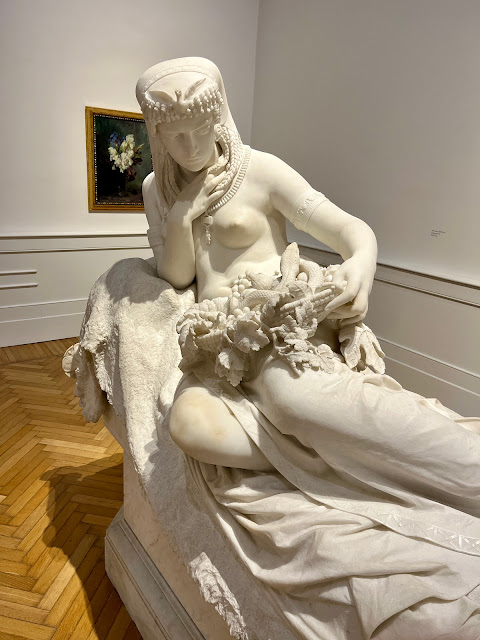 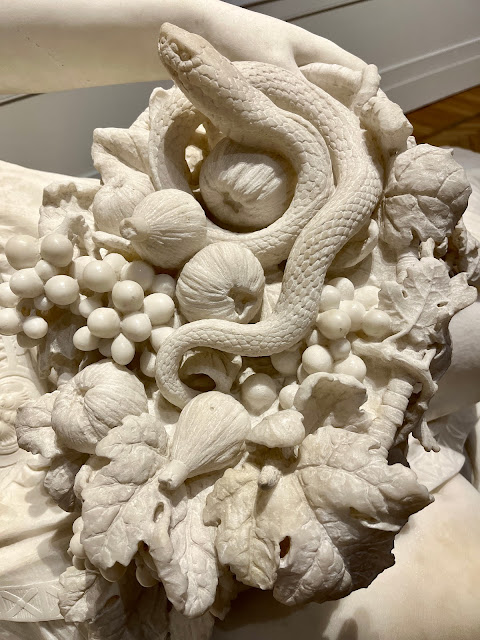 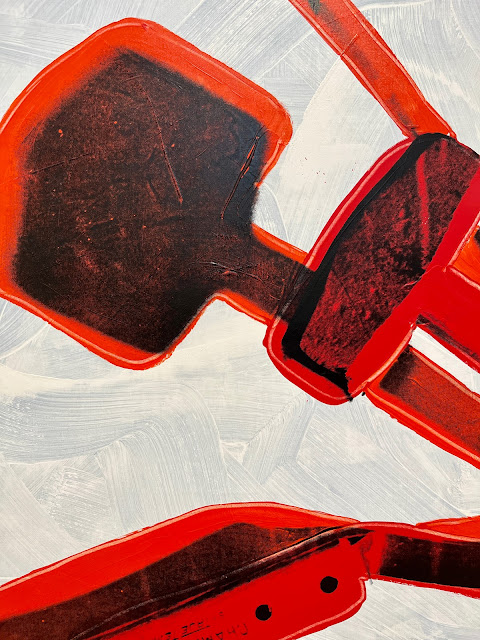 A great afternoon. Thank you Rachelle Griffin for inviting me along. What a great idea to visit the The Galleria Nazionale d'Arte Moderna e Contemporanea.

We head home and grab some vino and pasta for dinner. I need more of these lazy days with no plans. The sun is going down over the courtyard our window looks out on. Rome just keeps giving.

Chianti and tortellini. Dinner done. A quick run to the shops for some chocolate-coated praline. We lay about for the evening in the room. Listening to the city. Another night in Rome. I like the sound of that.

“Yes, I have finally arrived to this Capital of the World! I now see all the dreams of my youth coming to life… Only in Rome is it possible to understand Rome.” - Johann Wolfgang von Goethe