“Even with all our technology and the inventions that make modern life so much easier than it once was, it takes just one big natural disaster to wipe all that away and remind us that, here on Earth, we're still at the mercy of nature.” - Neil deGrasse Tyson

I wake up thinking about Vesuvius. Last night Shell told me you can walk the rim of the still active volcano. Pompeii is now somewhat of an afterthought. We cook some porridge for breakfast and hit the road.

The drive is uneventful until we hit Pompeii. Everyone loses their mind. Cars are overtaking on the inside. Cars are cutting corners on the inside. Mayhem. We drive past car parks. Men are waving insanely at us to park. Shell has done her homework. We drive past and park in a hotel. 5 euros for the day versus 5 euros an hour. Good call.

Pompeii is awesome. I could copy and paste info from wiki here for you, but I won’t. If you are interested in its history, do a search. The place is huge. I can’t describe how well preserved the buildings are. The villas with central courtyards, amphitheaters, baths, it is incredible. 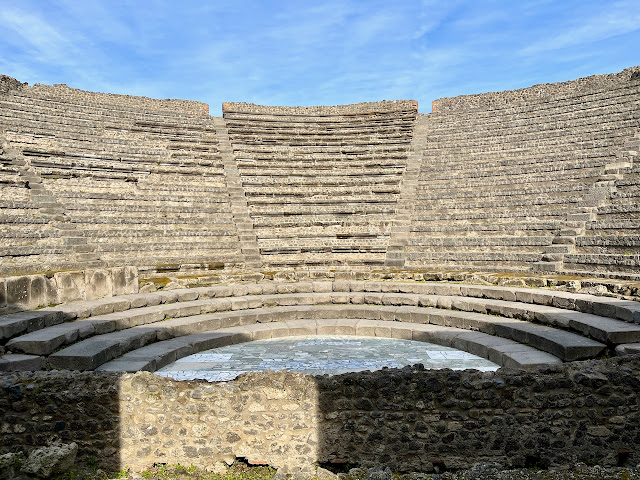 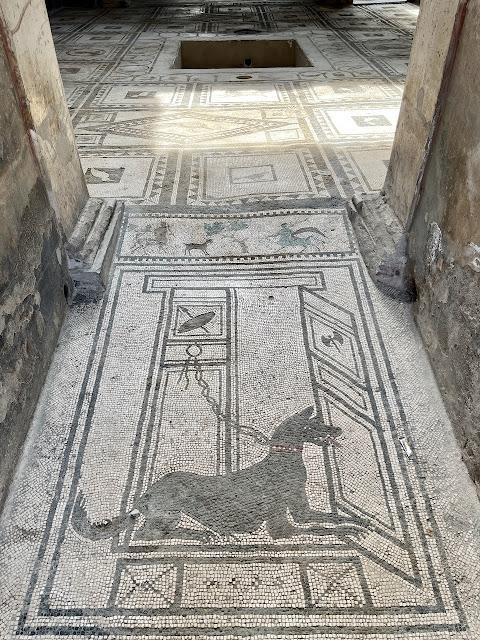 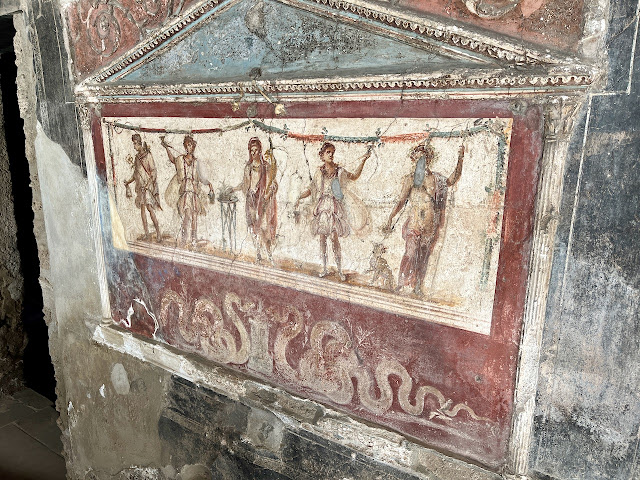 “Ashes were already falling, not as yet very thickly. I looked round: a dense black cloud was coming up behind us, spreading over the earth like a flood.” - Pliny the Younger

We walk for hours. At one point Shell suggests you could spend three weeks here and not see everything. I can’t argue. The mosaics are stunning. The craftsmanship boggles the mind. There are frescos. I am reminded of the fresco work in Siena. I questioned its authenticity. Having seen these after being buried during a volcanic eruption; maybe they were authentic? I am questioning my questioning. 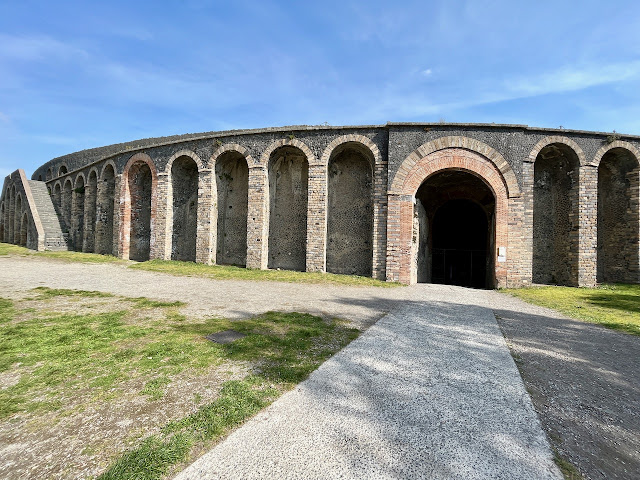 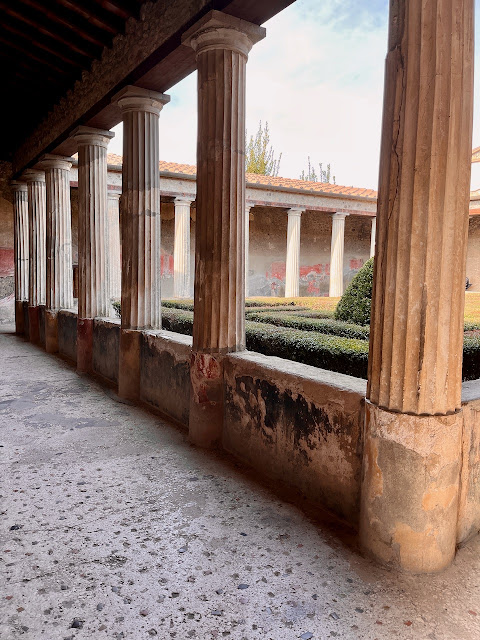 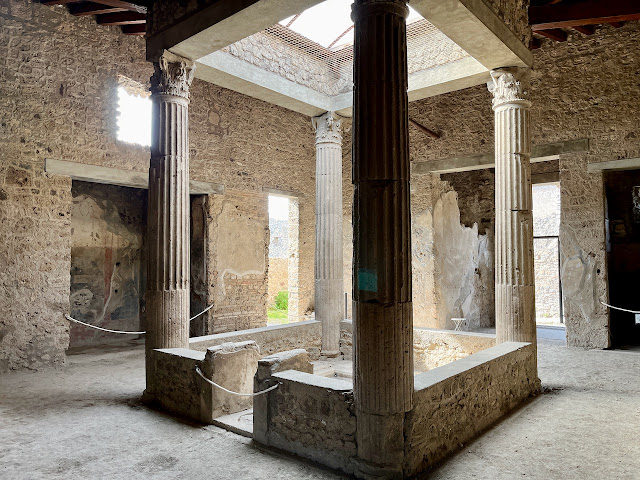 We grab a panini and start the long climb to Vesuvius. It loomed over us in Pompeii all morning. It was hard to focus on the ruins with it looming. It is only 1300 m above sea level. Compare that to Mount Kosciuszko which is 2200 m. The difference is that Kosciuszko is a peak in a range. Vesuvius just rears up on the coastline.

Up and up we wind. We hit a car park and grab a shuttle a few more kilometers. At the entrance point, we are told we need tickets we don’t have. There is no service and they are only available online. Directed to Franco, who somehow has the internet and he charges us 15 euros each. We pay. He is making a fortune.

We begin the steep walk. About two kilometers in the snow. It was 17C at sea level. It is 7C up here. You don’t see much snow in Kuala Lumpur or Australia. It sparkles in the sunlight. Snow is fascinating when you rarely see it. 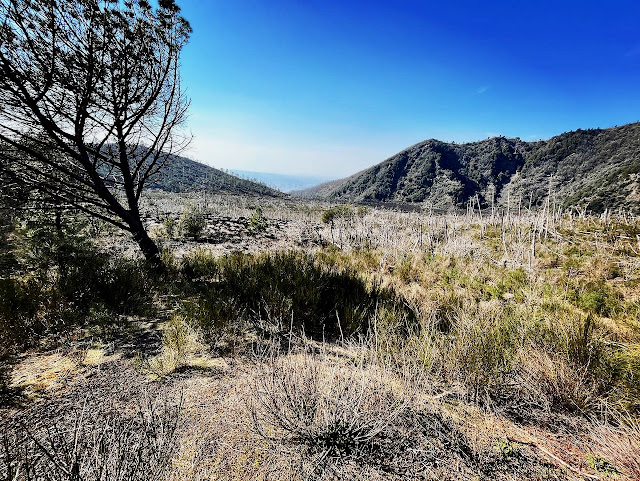 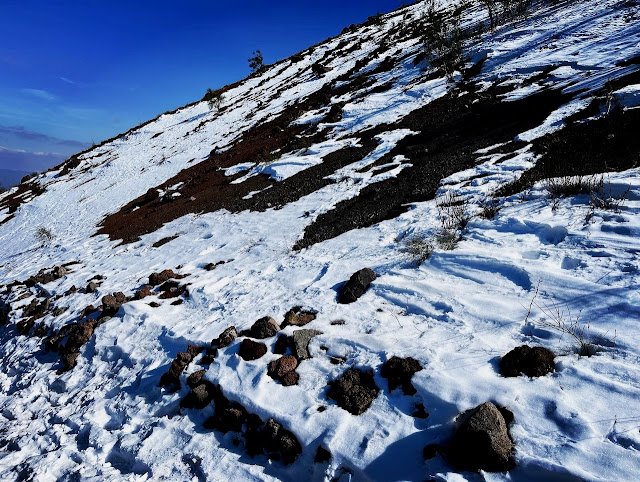 Up we climb. There is a vast view of Naples and the coast. Capri and Sorrento are in the distance. We reach the crater. It is huge. The cap of the mountain has been blown clean off. In its place a circle and an immensely deep crater. You feel insignificant. It is a sleeping giant with the potential to kill three million people if and when it erupts. It is powerful and majestic. Steam pours from one side. Just reminding you that it is active.

“Compared to the unleashed forces of warfare and of faith, Mount Vesuvius was kinder to the legacy of antiquity.” — Stephen Greenblatt 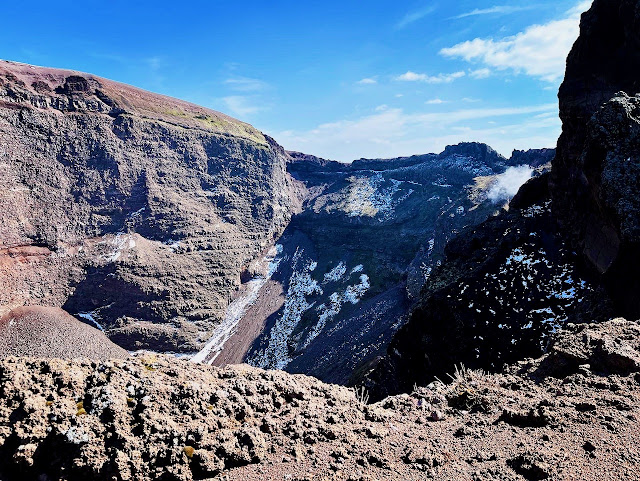 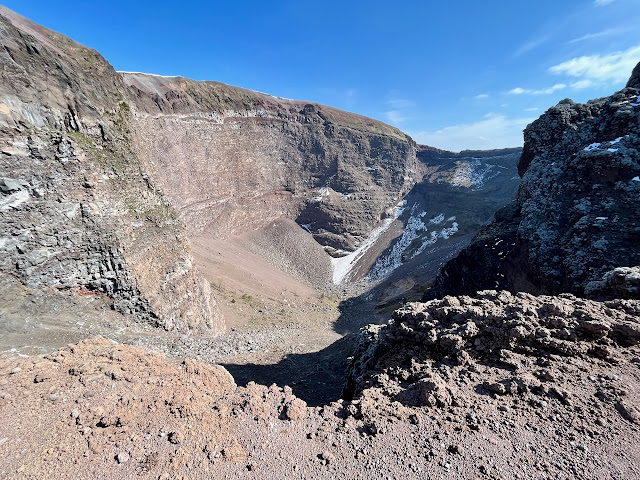 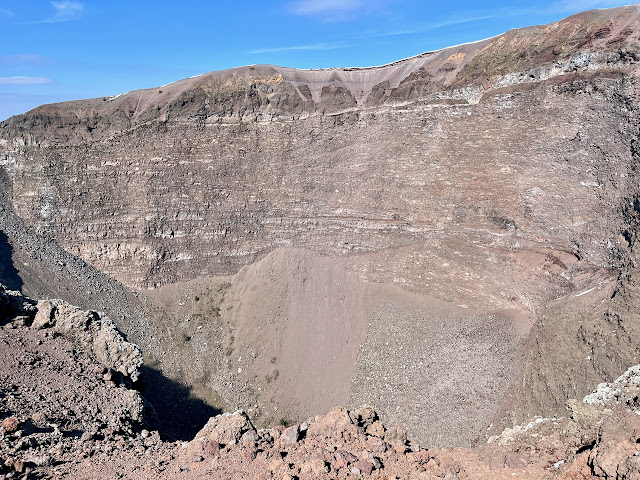 We walk all the way down to the car park. The road follows a channel. The trees are dead and the earth is volcanic rock. You can see where the lava carved its path. Like a river, it follows the low points winding toward low ground. 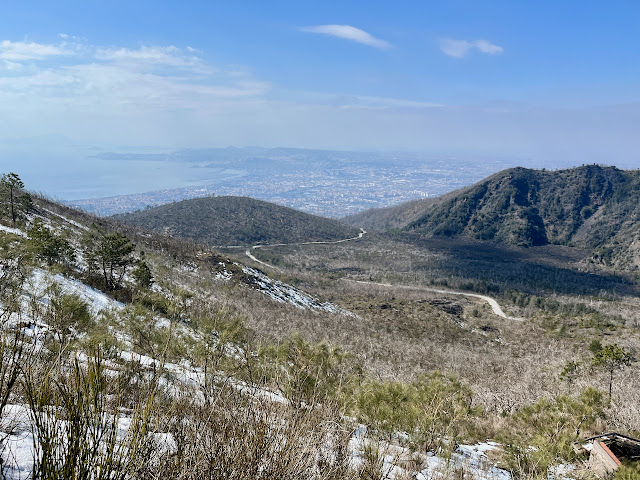 We drive home. It has been an incredible day. Pompeii on its own was stunning. Climbing Vesuvius is something I will not forget.

We make some pasta, drink some wine and have an early night.