We head off to Bosnia. The Ciro Track will take us to Mostar from Ivanica. Our first stop on the trail will be Ravno. First things first, a big climb off the coast and a border crossing.

There are different types of inclines. The slow hills that you barely notice. The steeper inclines are hard work. The very steep stuff, you are working in low gears and feel like you are getting nowhere. Finally, so steep you are off pushing.

Our big climb today was low gear work and hard going. We found two shortcuts, both so steep we had to push the bikes up. One finished with stairs. Tough going carrying loaded bikes upstairs. We went from 0 to 350 m in a single climb. At about 250 m we checked out of Croatia. At 300 m we checked into Bosnia. The only country in the Balkans to have asked for a vaccination certificate.

“But every acquisition that is disproportionate to the labor spent on it is dishonest.” ― Leo Tolstoy

At the top of the hill at the start of the track is the El Paso cafe in Ivanica. We grab a couple of terrible coffees before we hit the trail. Shell mentions we will need some euros to pay for the room tonight. I don’t have much, we will need an ATM. No problem, it's a border town, there'll be an ATM, and a Vodafone, and a supermarket...

The owner of El Paso tells us the nearest ATM is 20 km away. We are in Bosnia, with no cash, and no one takes cards. I didn’t grab any cash in Croatia. All the ATM machines were giving kuna. Not much good in Bosnia. A 20 km detour would add 40 km to our trip. The trip is already over 60 km. Rookie error.

We toss about some ideas. The guy at El Paso tells us there are no taxis here. Shell takes a long shot with Uber. We have a driver. He is 15 minutes away. He is coming from Croatia.

I slip into town and grab some cash. We lose an hour of riding time but are cashed up with Bosnian marka. The driver is giving me a rundown of the strife in the area. In 1992 Bosnia was involved in a civil war. In 1995, Serbia invaded Croatia. No surprise, it mostly stems from religious partisanships. Interestingly, if you are a Christian from Bosnia, you can get a work permit in Croatia. You cannot if you are Muslim. Theological differences are still an issue in these parts.

We hit the Ciro Track. It is brilliant. It follows the old rail line. At every station, there is some information on what purpose the station provided. The stations are falling to pieces but they are very cool. We stop at each one and read the history. The day is sunny and the riding is flat. It was 15 km up the hill this morning. The 45 km ahead are easy riding. 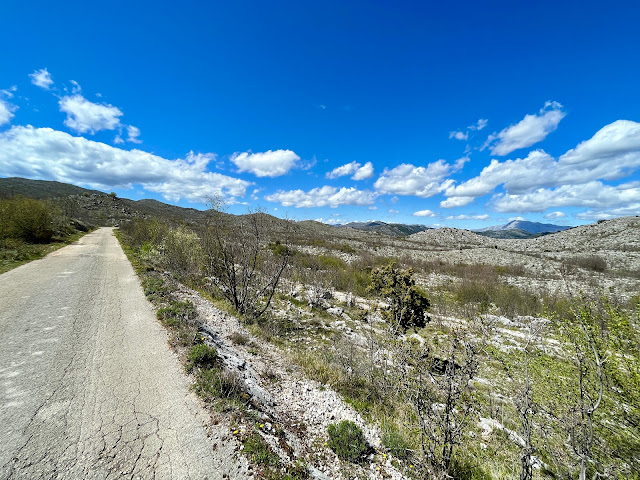 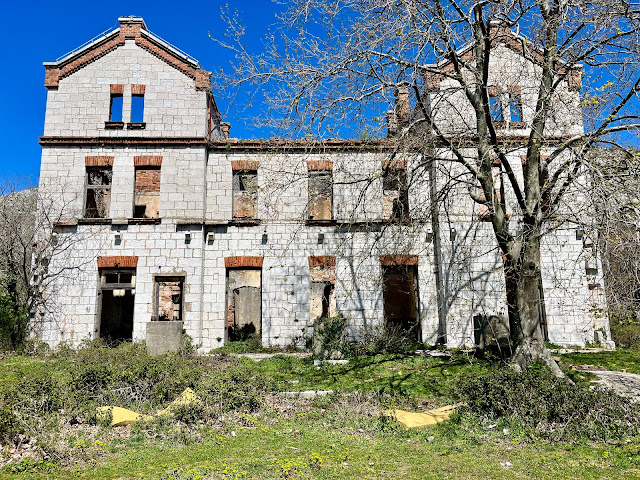 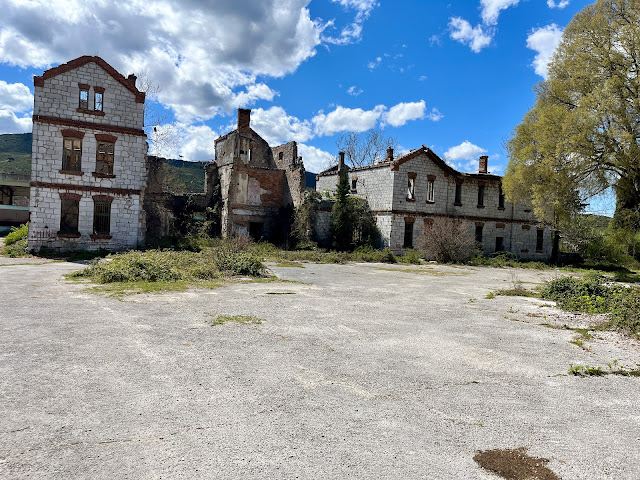 Shell and snakes. She hates them. They love her. We saw our first snake on the road in Montenegro. Shell almost ran it over as it crossed the road. As we climbed the mountain to Croatia we pulled over for a drink. Right in front of her was a snake with its head sticking out of a shrub. Today as we were riding she ran over one. I saw it at the last minute, just before her front tyre ran it over. The snake lashed back at the wheel as she ran over it. An hour later she caught the tail of another and it took a bite at her shoe. Four snakes in four days.

“Round and round they went with their snakes, snakily...” ― Aldous Huxley

We cruise along, stopping at each station. Just before Zavala there is an open gate and an angry dog. He is persistent. We keep pushing forward. He finally goes back into his yard only to bark at us from behind the fence. I am not a fan of angry dogs.

The track goes from tar to gravel and we hit a tunnel. Pitch black but no cars. We cruise through and it is good fun. Come out the other side and hit a wooden bridge over a ravine. A few more kilometers and we hit our destination. Ravnov Station Hotel. It is a beautiful old building. 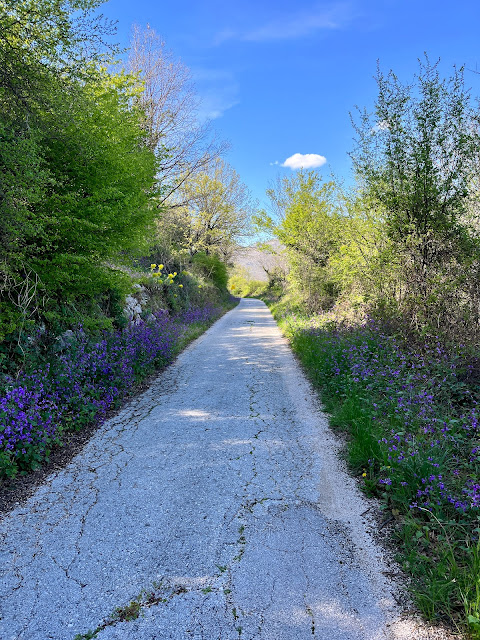 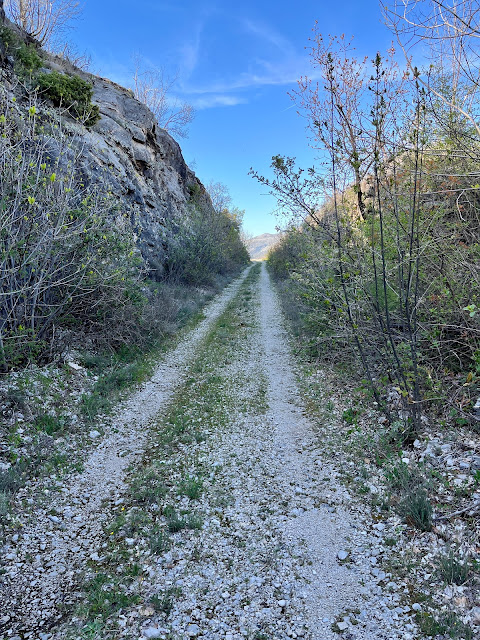 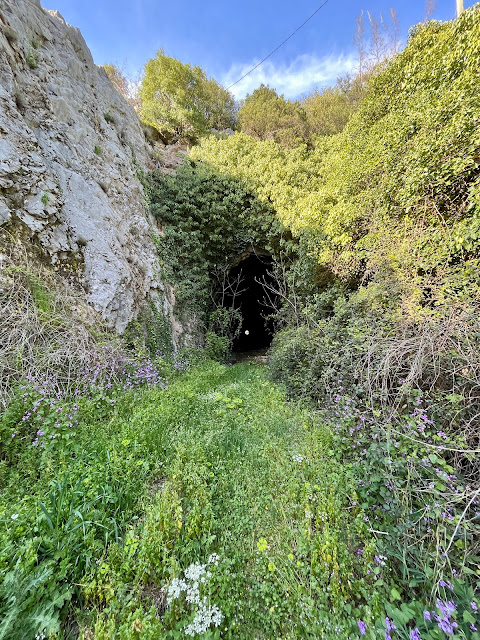 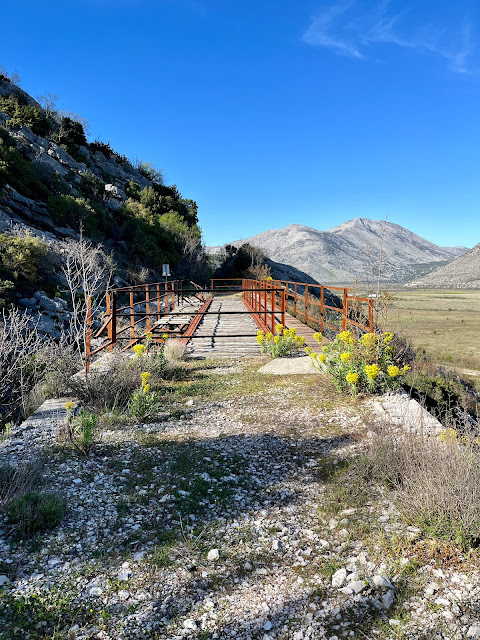 As we pull up there are two bicycle tourists out front. They are from the Netherlands and are heading toward Australia. I didn’t have the heart to tell them they would need more than bikes. They were traveling the same trail as we were in the opposite direction. As they were about to leave one of them noticed a flat tyre. An hour later they were still working on it. Nice people.

We shower and grab some dinner. Order a bottle of local Bosnian red. It comes in a one litre bottle. This could be my country. We ask for local food. Get some delicious fried bread with cheeses and meat and vegetables off the charcoal grill. Chips with the meat.

We sit there in the setting sun, drinking wine and reflecting on the day. Just over 60 km including a decent hill. It was a great day. Fantastic riding. Bosnia is the place to be. 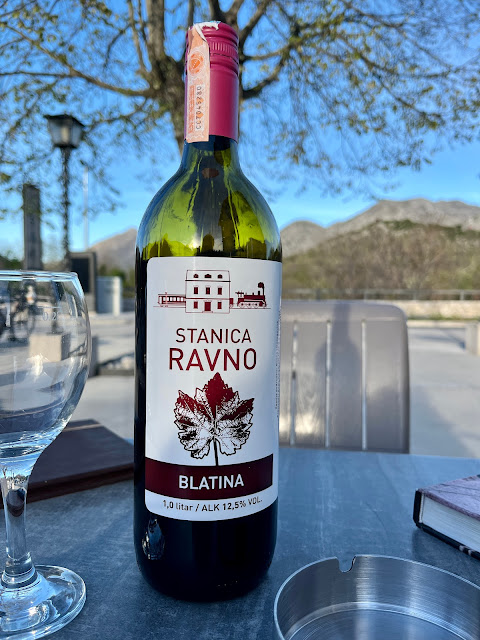 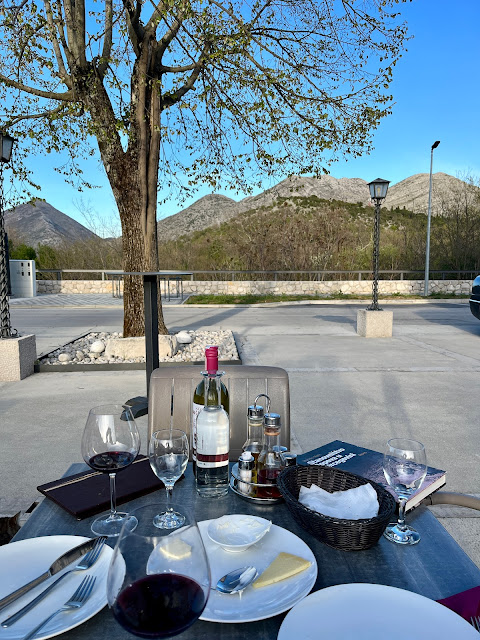 Rain is forecast for tomorrow. We might just ride anyway. 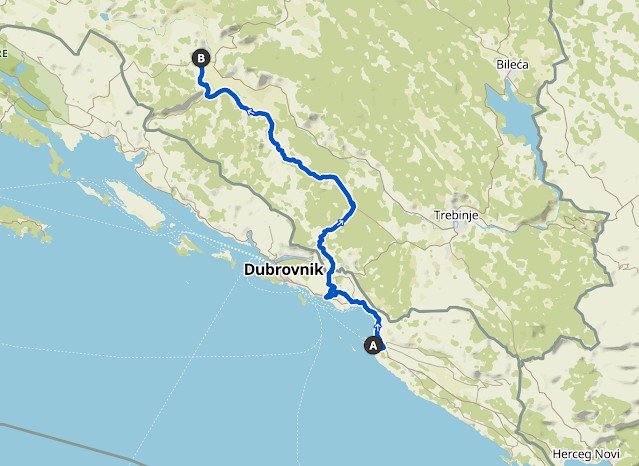 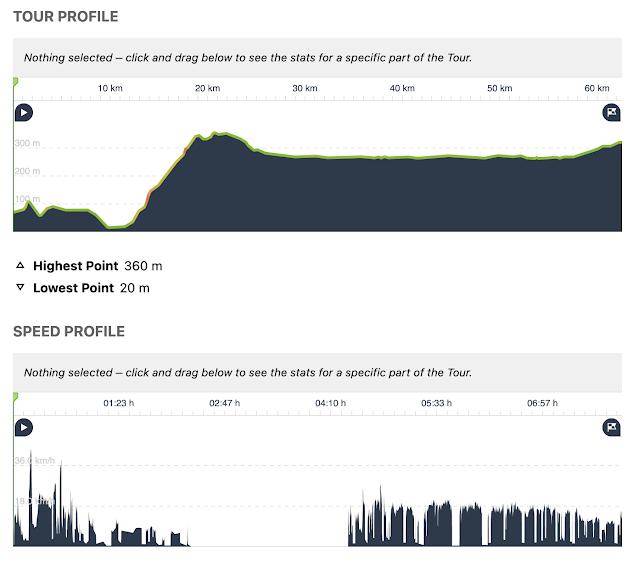